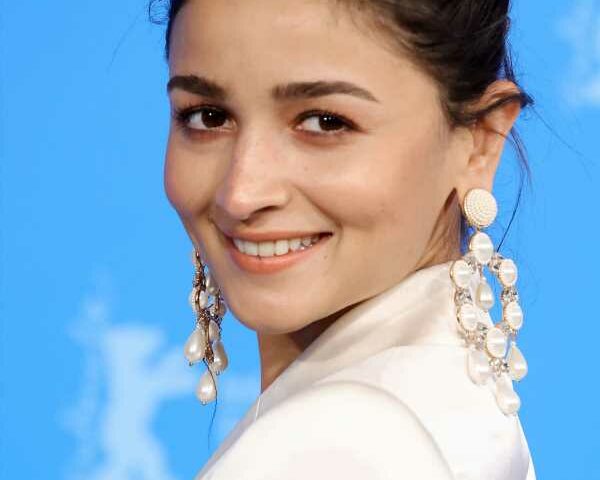 As the curtain come down on 2022, Roshmila Bhattacharya flashbacks to some of the year’s newsmakers and events…

A: ALIA ALL OVER

It is rare for an actress to be in the news throughout the year, but as husband Ranbir Kapoor notes, 2022 was special for his dulhaniya.

As Gangu, the actress delivered a heroine-centric hit at a time when male colleagues were struggling to muscle crowds back into the theatres following months of pandemic-triggered lockdowns.

Ayan Mukerji’s Brahmastra: Part One: Shiva, which finally arrived on September 9, was another top grosser and had the world crooning Kesariya Tera Ishq Hai Piya with Alia and RK.

In real life, the couple cemented their love story after five years of togetherness with an April wedding and the birth of their daughter Raha in November.

In between, Alia zipped off to London to shoot Heart of Stone, her first Hollywood film with Wonder Woman Gal Gadot and Fifty Shades of Grey actor Jamie Dornan.

She also debuted as a producer with a Netflix original, Darlings, a dark comedy on domestic abuse. Even as the Hindi film industry was limping back to normal, ‘boycott armies’ were brandishing their astras against Brahmastra.

While Ayan’s fantasy action-adventure withstood the online onslaught with a double century at the box office, the cancel culture did make a dent in the collections of Raksha Bandhan, Samrat Prithviraj, Lal Singh Chaddha and Dobaraa to name a few.

The reasons for boycott campaigns ranged from nepotism and arrogance to hurting nationalist and religious sentiment, till eventually, content emerged as king to kill this social media toxicity. Dilip Kumar was on his way to scoring a century when he passed into the ages at 98 in July 2021.

His birth centenary this year was celebrated with a two-day film festival titled Dilip Kumar: Hero of Heroes with Aan (1952), Devdas (1955), Ram Aur Shyam (1967) and Shakti (1982) screened to appreciative audiences.

1922 also marked the birth centenary of his Mughal-e-Azam director and brother-in-law K Asif, ‘Loin’ Ajit, legendary director Hrishikesh Mukherjee, who gave us so much Anand, ‘Master of Laughs’ Mukri and lyricist Hasrat Jaipuri among other celluloid celebritiess. Deepika Padukone was Cleopatra reborn on the red carpet at the 75th Cannes film festival in a black and gold Louis Vuitton gown, the first Indian ambassador for the famous brand.

She was at the French Riviera as part of an eight-member Cannes competition jury with husband Ranveer Singh as her loudest cheerleader.

D&R are in perfect sync in the Cirkus item song, Current Laga Re, while promoting which producer-director Rohit Shetty revealed that as Lady Singham, Deepika would be the first policewalli in his cop universe.

Beginning the year scaling new artistic heights with Gehraiyaan, the actress powers her way into the new year with Shah Rukh Khan’s Pathaan, a special appearance in SRK’s Jawan, Fighter with Hrithik Roshan, Intern with Amitabh Bachchan and Project K with Prabhas.

Buzz is, she will also carry forward her cameo in Brahmastra, returning as Ranbir Kapoor’s mother in Part Two. On February 6, at the age of 92, after 28 days in Mumbai’s Breach Candy Hospital, Lata Mangeshkar breathed her last.

The Melody Queen, who sang more than 30,000 songs in several languages, in a career spanning seven decades, was the recipient of the Padma Bhushan, Padma Vibhushan, three National Film Awards, the Dadasaheb Phalke Award and the Bharat Ratna.

Her voice lives on…

The laughter challenge ended prematurely for actor-comedian Raju Srivastava and popular chat show host Tabassum, who made the phool bloom in our gulshan.

The show won’t go on either for KK and Bhupinder Singh.

Coming Up: F for FOREIGN CONNECTIONS