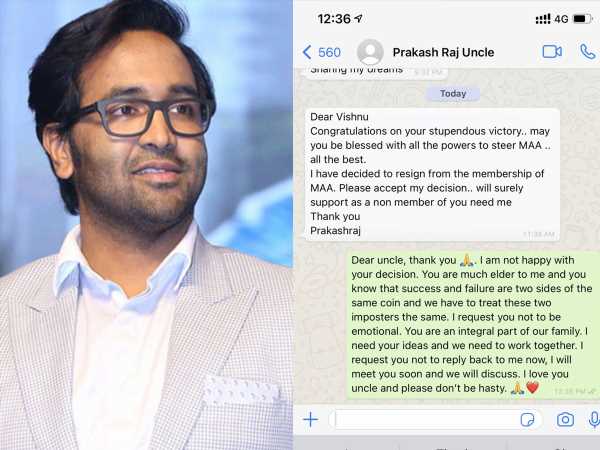 On the other side, Manchu Vishnu requested Prakash Raj to  not take this decisions and think about his resignation once again.

68 percent polling was recorded yesterday, which was the highest in the history of the MAA. Out of 925 members of  MAA, 883 were eligible to cast their votes, of which 605 members have turned up to vote for the 26 member body comprising the President, two Vice Presidents, General Secretary, Executive Vice President, two Joint Secretaries, Treasurer and eighteen Executive Committee members.