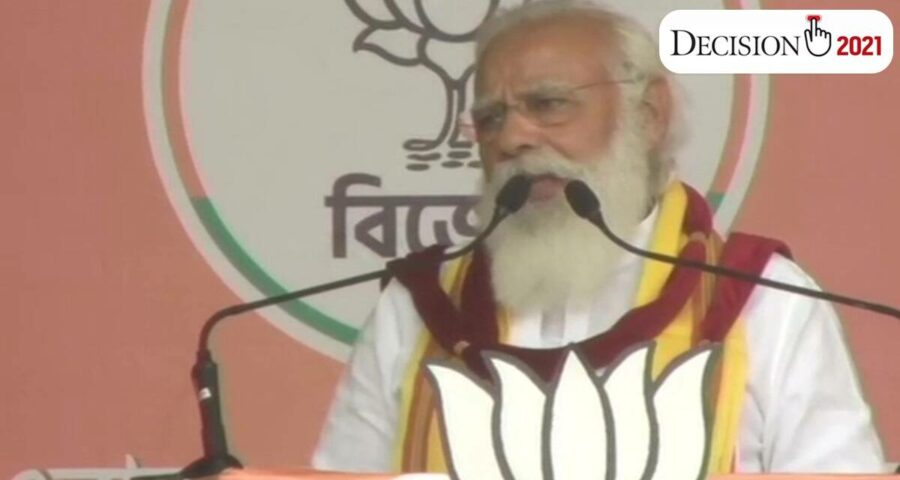 The Prime Minister promised that he will return the love shown by the people of West Bengal in the form of development. Prime Minister Narendra Modi, while addressing a rally in North Bengal’s Cooch Behar district on Tuesday, took a swipe at Chief Minister Mamata Banerjee, saying she is repeatedly urging Muslim voters not to divide their votes as she has lost the confidence of her minority votebank.

“Didi, recently you said all Muslims should unite and not allow their votes to be divided. You are saying this means that you are convinced that the Muslim votebank has also gone out of your hands. They have also turned away from you. The fact that you had to say this publicly shows that you have lost the elections,” said Modi.

Calling her out over the Hindutva jibe that she often uses to hit out at the saffron party, Modi said, “Had we asked the Hindus to unite and vote for the BJP, we would have got eight or ten notices from the Election Commission. Editorials would have been written about us in the entire country.”

Replying to Banerjee’s statement as to whether the BJP is god or superman that they can predict the outcome of polls even when half of it is not over, the PM said, “We are normal people engaged in the service of the public. I want to tell the people that I’ll return your love with interest in the form of development.”

The Prime Minister also said that Banerjee has hurt the sentiments of the people of Bengal by saying that they are given money to attend his rallies. “I have heard that you love football. In the game, there is a concept of a own goals and that is exactly what you have scored in this election,” he added.