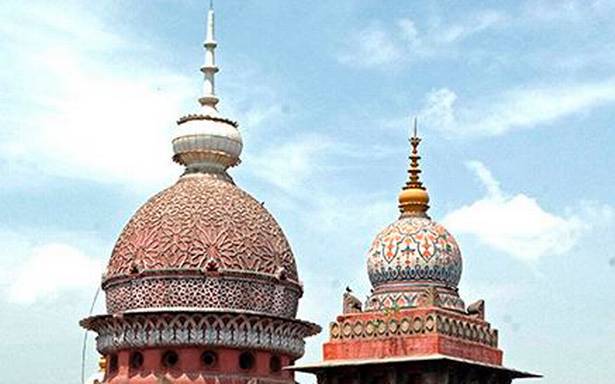 U. Vasudevan, along with his junior, had engineered a false case accusing the Registrar (Vigilance) of not having completed class XII, the court found

The Madras High Court has directed advocate U. Vasudevan, 53, of Chitlapakkam in Chennai to undergo one month of simple imprisonment for having engineered a false case last year, accusing the court’s former Registrar (Vigilance), R. Poornima, of not having passed even class XII and getting the case details published in newspapers even before it could be listed for admission.

Justices P.N. Prakash and R.N. Manjula also found his junior B. Sathish Kumar, 37, guilty of contempt of court. However, since the junior lawyer had tendered an unconditional apology and pleaded for mercy after claiming to have been used as a pawn by his senior, the latter was ordered only to pay a fine of ₹6,000 or otherwise undergo simple imprisonment for a week. The fine was imposed at the rate of ₹2,000 for each of the three charges framed against him.

Vasudevan too, had been found guilty of all three charges and imposed with a fine of ₹6,000 in addition to the one-month simple imprisonment imposed for each of the charges. However, the court had made it clear that the imprisonment shall run concurrently and not consecutively.

The Bench directed the Chief Metropolitan Magistrate, Chennai to secure the senior lawyer and commit him to prison. Further, the lawyer was also prohibited from practising in the High Court for a period of one year. After the delivery of the verdict, his counsel urged the court to suspend the order and grant him an opportunity to go on appeal to the Supreme Court.

Justice Prakash readily agreed to the request and asked the counsel to take out an appropriate application on Monday. The senior judge said the substantial sentence of imprisonment alone would be suspended to give an opportunity to the contemnor to go on appeal and that he would have to otherwise necessarily pay the fine amount of Rs. 6,000 forthwith.

“In the counter affidavit dated February 15, Vasudevan has tendered an apology. However, in the subsequent affidavit dated June 17 that has been filed by him after the charges were framed against him, there is absolutely no whisper of any apology. Even in the course of arguments, there was no show of any remorse or penitence,” the Division Bench wrote.

It went on to observe: “As a senior, both in age as well in practice, he should have been a role model for Sathish Kumar and should have endeavoured to mould him. He should have inculcated ethics and morality in Sathish Kumar, instead of encouraging and taking him as a partner in this misadventure… This suo motu contempt petition is disposed of on the aforesaid terms.”

On October 12, 2020 the first Division Bench led by then Chief Justice A.P. Sahi and Justice Senthilkumar Ramamoorthy had dismissed a writ of quo warranto against Ms. Poornima and initiated the suo motu contempt against the writ petitioner, Sathish Kumar, for having brought disrepute to the institution by getting the details of the false case published in newspapers.

Subsequently, the petitioner told the court that he had filed the case only on the instruction of his senior Vasudevan, who, in turn, denied the allegation in toto. However, on a careful scrutiny of materials, the court came to a conclusion that they had acted in tandem on the active instigation of a serving judicial officer and the passive involvement of several others.

The court pointed out that Ms. Poornima was a target of displeasure since she had been entrusted with the unenviable task of executing the directions of the High Court’s Vigilance Committee, comprising sitting judges, in taking serious action against judicial officers and staff of doubtful integrity and character.