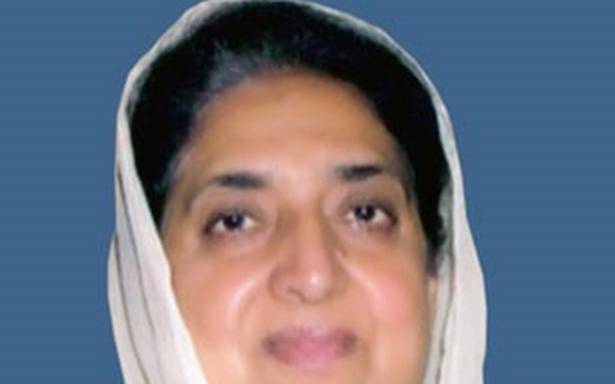 She termed Chief Minister Amarinder Singh’s visit to her residence on Friday a “courtesy visit”.

Amid an ongoing tussle within the Punjab Congress camp, senior party leader Rajinder Kaur Bhattal has said all are united, asserting that minor differences will be sorted out.

She termed Chief Minister Amarinder Singh’s visit to her residence on Friday a “courtesy visit”.

Mr. Singh’s visit to his one-time bete noire’s residence came a day after he met around 55 Congress MLAs and eight MPs over dinner at a Cabinet colleague’s home in an apparent show of strength.

Asked about the developments in the party’s State unit after her meeting with the Chief Minister, Ms. Bhattal said, “We all are united… minor differences will be sorted out… we all have to work for the party’s win in the upcoming polls.” The party leadership picked cricketer-turned-politician Navjot Singh Sidhu a few weeks back as the Punjab Congress chief, ignoring Opposition from Amarinder Singh. But the two camps in the State Congress have not yet called a truce.

Ms. Bhattal, however, declined to comment on Mr. Sidhu’s remarks made during his meeting with traders and industrialists in Amritsar on Thursday.

“I haven’t gone through what he has said,” she said.

In what could be seen as a dare to the Congress high command, Mr. Sidhu has asked it to allow him the freedom to take decisions or he will give a devastating reply.

He said he didn’t want to remain just a “show horse”.

He posted a short video clip of the new Punjab Congress chief making the comments in Amritsar.

Borrowing lines from a famous poet, Mr. Tewari, a former Union Minister, wrote, “Hum aah bhi bharte hai to ho jaate hai badnaam, who katal bhi karte hain toh charcha nahi hota (Even if we sigh, we become infamous, even if they kill, there is no discussion).” Ms. Bhattal, former Chief Minister who currently is the vice-chairperson of the State Planning Board, said, “Our aim is to ensure Congress again comes to power in the State.” She said Amarinder Singh paid her a visit along with his daughter.

“Various leaders meet me from time to time, and I meet them too. I always say that we have to unitedly move and whatever differences exist should be resolved like a family and we should strengthen the party,” she told reporters, replying to a related question.

Asked to further comment on the ongoing developments within the State unit, Ms. Bhattal said, “All issues are before the high command, and we have to abide by whatever they say.”