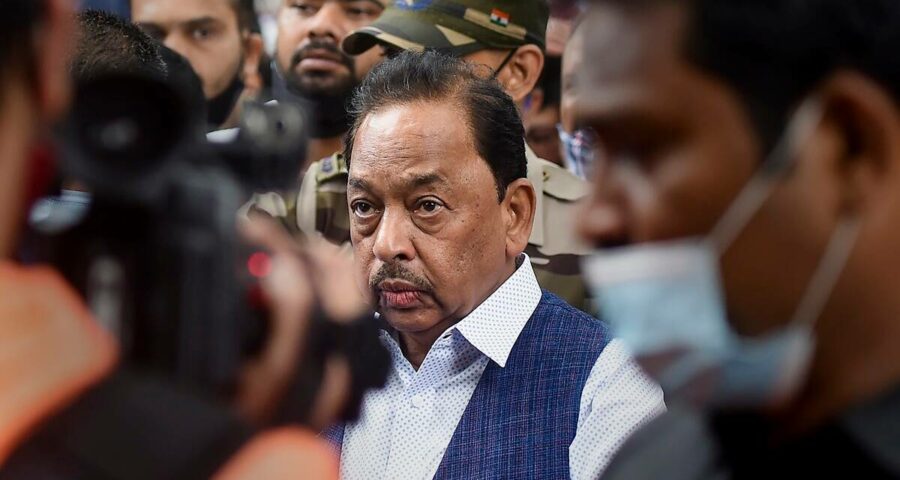 On the second day after resuming the Janashrwad Yatra, Union minister Narayan Rane continued to slam Shiv Sena and the state government On the second day after resuming the Janashrwad Yatra, Union minister Narayan Rane continued to slam Shiv Sena and the state government and said he doubts if Maharashtra at all has a government in place.

Speaking at Nandgaon in Kankavali, Rane said, “I doubt if there is any state government in Maharashtra. There are so many issues in the state but nothing is being done to resolve them. The Maharashtra State Transport Corporation is running at a huge loss and the employees are not getting salaries for months and as a result, they are dying by suicide. Instead of coming after me, the state government should address the plight of ST employees.”

The minister, who was arrested by Maharashtra Police Tuesday midway through his Janashirwad Yatra for threatening to “slap” Chief Minister Uddhav Thackeray, resumed his yatra from Ratnagiri Friday. He reached Ratnagiri in the morning and garlanded the statue of Chatrapati Shivaji at Maruti Mandir Chowk. He then continued to Sindhudurg district where he has a strong hold.

Rane reached Kankavali in Sidhudurg where his son is an MLA and was welcomed by thousands of people around 11pm with a local dance and band.

He also took a jibe at Shivsainiks saying, “I was welcomed in the Sidhudurg district by seven-eight thousand people but when I saw Shiv Sena shakha, there were only 53 people. This is their party base in Konkan.”

He added, there shouldn’t be even one elected representative of Shiv Sena in the Konkan region.

After spending nine hours in custody, Rane was released on bail Tuesday by a court. He had taken a break from the yatra and returned to Mumbai Wednesday.