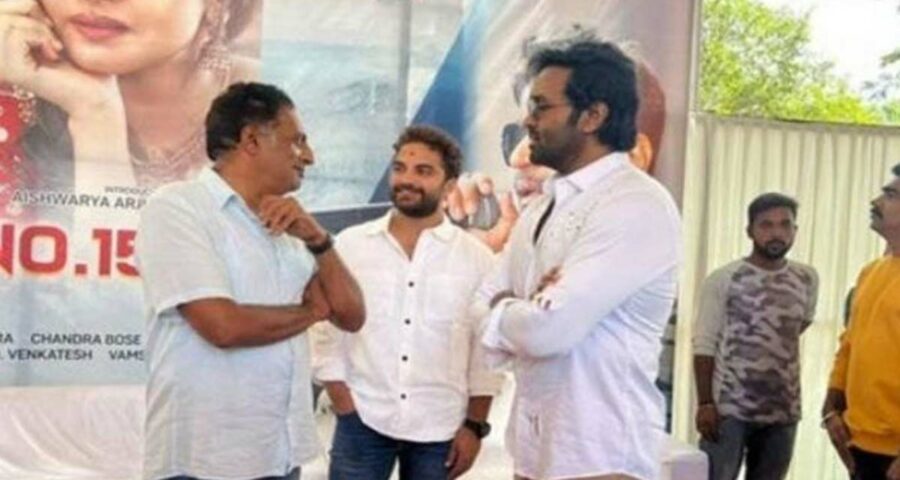 It is known that Manchu Vishnu was elected as the new President of Movie Artists Association (MAA), and defeated Prakash Raj by a huge margin in a bitterly contested election. Manchu Vishnu, the son of veteran actor Mohan Babu, defeated Prakash Raj by 106 votes. A native of Karnataka, Prakash Raj has worked for a number of Telugu and other South Indian films. He had  also unsuccessfully contested the Lok Sabha election from Bangalore Central as an independent candidate in 2019. After the elections, Mancu hero and Prakash Raj never met in any public function. But finally now they were spotted together and this credit goes to none other than Hit and Falaknuma Das fame Vishwak Sen.

Both Prakash Raj and Manchu Vishnu attended the launch event of Vishwak Sen starrer film as  guests in which Aishwarya Arjun will play the lead role. Both had a casual chat with each other. The pis of MAA enemies  together is going viral all over social media.

It is surprising that the two have recently appeared in the same frame. Young hero Vishwak Sen and his daughter Aishwarya Sarja’s upcoming movie directed by action hero Arjun Sarja has started in Hyderabad from yesterday.  Jana Sena Chief and actor Pawan Kalyan was the chief guest for the show and clapped for the first scene.