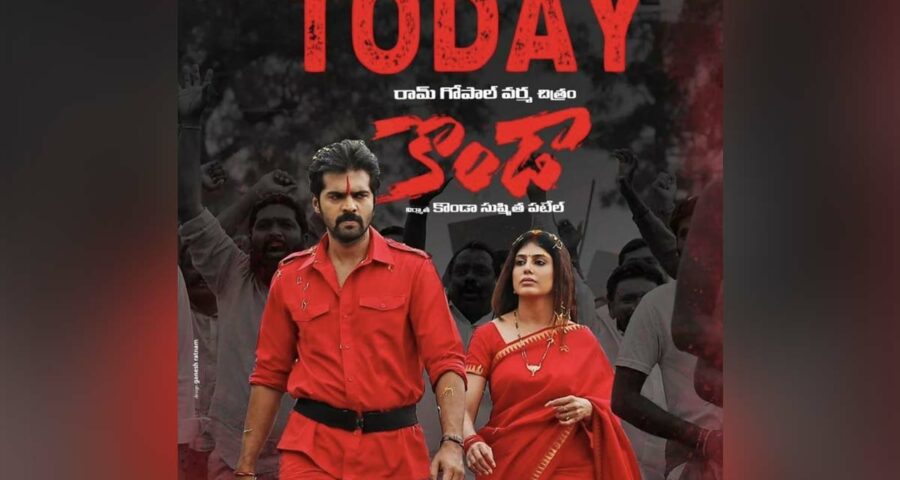 Eccentric director Ram Gopal Varma came up with a real life biographical drama Konda, which is based on the life of Telangana politician Konda Murali. It stars Thrigun A and Irra Mor in the lead roles. Let’s see if it is one among RGV’s successful ventures or not.

Story :
The film is set in the backdrop of Telangana state and is about Thrigun, who plays Konda. He has revolutionary ideologies and seeing this, Prashant Karthi, who played as RK encourages him and gets him to join the Naxal backdrop. Prudhvi, who played as Sudhakar, invites him to join his party, seeing Konda’s fearsome attitude and strength. Konda joins him but doesn’t know that Sudhakar is using him as a puppet. He stays away and this does not go well with Sudhakar who plans his assassination. The rest of the story shows how Konda escapes the death trap ? What is his real intention? What did he do in his political career?

Technical :
Music given by DSR Balaji is an average element, but when it comes to lyrics, it is a good job. Production values are not attractive, casting, editing and production design are imperfect. The direction work of Ram Gopal Varma is quite natural, but he missed to represent the basic plot. However, it is an unexpected result from such an outstanding filmmaker, as he picks outstanding subjects with impressive themes everytime.

Analysis :
Overall, the film has gained a below par response from the critics and failed to impress them with the main aspects what a movie should possess. So, Konda remains a huge debacle in RGV’s career as it is an outdated drama and nothing new has shown in it.