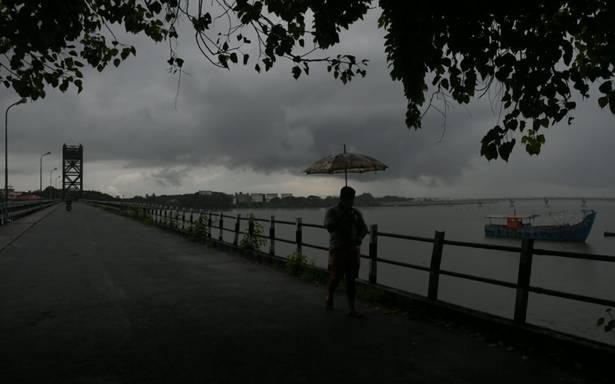 A low pressure area has formed over the south-east Arabian Sea and it is likely to intensify into a cyclonic storm around Sunday, the India Meteorological Department said in a 1 p.m. weather bulletin on Thursday.

The low pressure system is expected to become well marked over Lakshadweep by Friday morning and concentrate into a depression over the same region by Saturday morning. In the subsequent 24 hours it is expected to intensify into a cyclonic storm. “It is very likely to intensify further and move north- northwestwards towards Gujarat and adjoining Pakistan coasts. It is likely to reach near Gujarat coast around the evening of May 18,” IMD said.

The Lakshadweep islands, Kerala, Ghat districts of Tamil Nadu, coastal and Ghat districts of Karnataka, south Konkan and Goa and Gujarat can expect widespread rainfall in the days ahead. The IMD has put Lakshadweep on red alert today (Thursday) and tomorrow (Friday), given the possibility of extremely heavy rainfall (above 20 cm in a 24-hour period). The islands are on orange alert for scattered heavy to very heavy rainfall over the weekend.