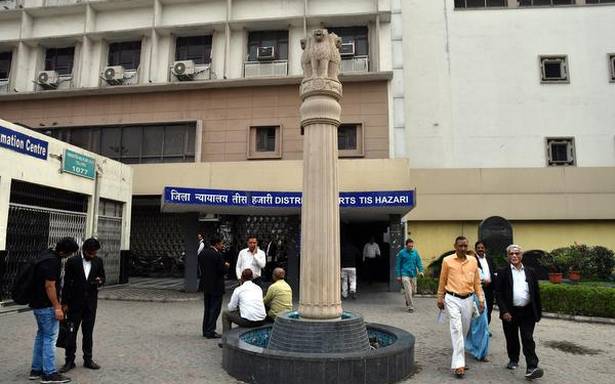 In an interim order, the high court had given protection to lawyers from any action in connection with the FIRs lodged against them till the judicial probe in the matter is concluded

The Delhi High Court on January 4 extended the time till July 31 for its judicial inquiry commission to conclude its probe into a clash between lawyers and police at the Tis Hazari court complex here on November 2, 2019.

A bench of Chief Justice D.N. Patel and Justice Jyoti Singh said it received a letter dated December 18, 2021 from Justice (retired) S.P. Garg, who heads the commission set up by the court, seeking more time to conclude the examination of all the witnesses.

The court noted that several witnesses have been examined while some are yet to be examined by the commission.

"Looking at the number of witnesses examined and the prevailing COVID-19 pandemic situation in the city of Delhi, it is desirable that further time is granted to the commission to examine the witnesses. We grant more time to the commission to file its report, which shall be done by July 31. List the matter on August 8," the bench said.

According to a report submitted by the commission in 2020, it had examined 124 witnesses till then.

On November 2, 2019, a dispute between an on-duty policeman and a lawyer over the parking of vehicles in the court complex triggered the clash between the two sides, leaving over 20 police personnel and several lawyers injured.

In an interim order, the high court had given protection to lawyers from any action in connection with the FIRs lodged against them till the judicial probe in the matter is concluded.

A similar order was also passed in favour of two policemen against whom FIRs were lodged.