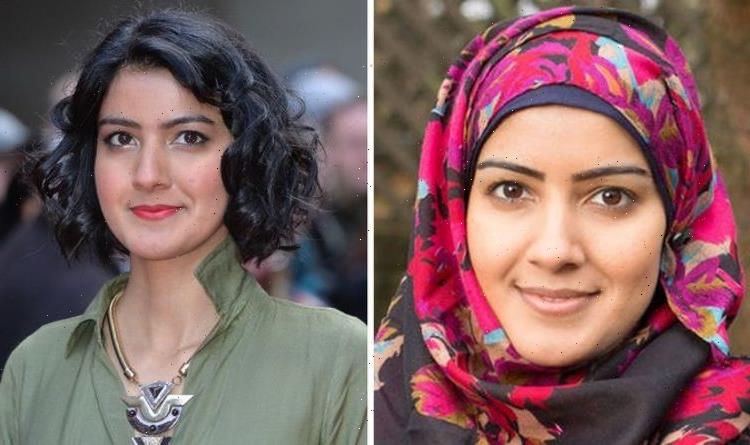 While some would assume that having played a popular character on telly would do wonders for one’s career, EastEnders’ Rakhee Thakrar would undoubtedly beg to differ. The 37-year-old Sex Education star joined the long-running soap in 2014 when she landed the role of Shabnam Masood.

It’s true! I left EastEnders and didn’t get any work

Though Rakhee had already appeared in a string of TV shows prior, including Holby City, Cloud 9 and Doctors, her part in EastEnders was perhaps the most challenging role she’d played at the time.

One of Shabnam’s most memorable storylines was her devastating stillbirth as she and father-to-be Kush Kazemi awaited their baby’s arrival.

But after opting to leave EastEnders in 2016, Rakhee told Radio Times in a new interview that there was little to no work on the table for her.

“I left EastEnders and didn’t get any work,” she recalled.

“I couldn’t bear not doing anything, so I worked in a couple of shops.”

When the publication asked what finally changed things around for the Leicester local, she insisted that her career was beginning to gain steam again after making some much-needed changes in her team.

“My agents changed. It’s amazing what happens when people believe in you,” she said.

“It was a massive risk to leave a full-time salary [on EastEnders], and it took a while for that risk to pay off.”

While Rakhee had no idea how long it would take her to find work again after leaving the soap, she remained hopeful that bigger and better opportunities were right around the corner after finding a new team.

By 2019, she landed her next big part playing Fatima in the Hulu TV series Four Weddings and a Funeral before earning her big break with a starring role as school teacher Emily Sands in Netflix’s Sex Education.

The actress has appeared in all three seasons of the show, which has earned raving reviews from critics.

And if that wasn’t enough, she’s also been cast in the upcoming flick Wonka alongside Olivia Colman, Rowan Atkinson and Matt Lucas.

The highly-anticipated film, which follows the earlier adventures of Willy Wonka when he first met the Oompa-Loompas, is slated to premiere on March 17, 2023.

Rakhee has also appeared in the comedy-drama My Happy Ending with fellow actresses Tamsin Greig and Miriam Margolyes.

To say that Rakhee’s career has skyrocketed in recent years would be an understatement at this point.

Speaking of her exit from EastEnders in 2016, the Summerland star said: “It feels like the right time for both myself and Shabnam.

“My experience on this show has been really special, and I’m so grateful for having the chance to have played Shabs; she’s a real gift.

“A complicated character, who I’ve loved getting to know.”

She added: “Now, I feel like it’s the time to try different projects and new people to play.

“It was a hard decision as I really love this character and this show.”

The latest issue of Radio Times is on sale now.