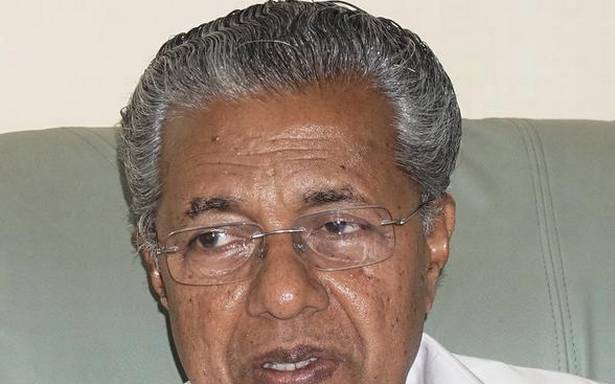 On a day Kerala went to polls, the Supreme Court adjourned the hearing of the SNC Lavalin corruption case appeals against the discharge of Kerala Chief Minister Pinarayi Vijayan.

A Bench led by Justice U.U. Lalit on Tuesday posted the case after two weeks. The court had similarly postponed the case on the basis of a request made by the Central Bureau of Investigation (CBI) earlier in February.

This is the fourth time the appeals have been adjourned by the court in 2021. It had adjourned the case, back-to-back, on January 7 and January 12 this year.

On December 4, a Bench led by Justice U.U. Lalit had conceded a plea made by Solicitor General Tushar Mehta, for the CBI, for an adjournment. Justice Lalit had then noted how the appeals had been shuttled from one date to another. The first of the appeals was filed in October 2017.

In a hearing on October 8, Justice Lalit cautioned the CBI that the appeals may fail unless the arguments against Mr. Vijayan’s discharge in the corruption case were cast-iron.

The case has skipped from one date to another since January 2018, when the apex court had stayed the trial. A Bench led by Justice N.V. Ramana, which was hearing the case initially, had also admitted the CBI appeal against Mr. Vijayan’s discharge in the graft case.

Mr. Vijayan was discharged as an accused by both the Special Court, CBI, in Thiruvananthapuram, and the Kerala High Court. The CBI has, in its appeal, contended that Mr. Vijayan should face trial in the case.

The corruption case concerns the loss of ₹86.25 crore in the Kerala State Electricity Board’s (KSEB) contract with Lavalin for the renovation and modernisation of Pallivasal, Sengulam and Panniar hydroelectric projects in Idukki district of Kerala. Mr. Vijayan was the State’s Power Minister then.