‘If the jihadi infiltration attempts are assisted by the Pakistan army, the Indian Army will retaliate strongly.’

“A jihadi is a jihadi, whom I believe, are thoroughly brainwashed people with little concern for other humans,” Lieutenant General K Himalay Singh (retd), whos erved as corps commander in Jammu and Kashmir, tells Rediff.com‘s Archana Masih.

The Resistance Front, a terror group believed to be a front of Lashkar e Tayiba, claims responsibility for the attack on civilians in Kashmir. It has threatened more attacks. Are new groups sprouting in the Valley?

Militant groups are like chameleons. They can be called by any name, but they are all jihadis.

The Resistance Front is some sort of a front for the Pakistan-based Lashkar-e-Tayiba.

Pakistan is under international pressure to act against terror groups. Hence, the ISI gives new names to existing terror groups in order to ensure the survival of militant groups.

Militants are jihadis. They have to be eliminated to bring about peace in the region.

You were sceptical when the ceasefire on the LoC was announced in February. How has it functioned so far?

Surprisingly, the ceasefire appears to holding on to a large measure. A quiet LoC is in India’s interest.

Therefore, I only wish that peace prevails on the LoC. An emerging power like India cannot have an exchange of fire with a nearly failed State like Pakistan across the LoC regularly.

I don’t think the recent infiltration can be linked to the ceasefire. The ceasefire is dependent on certain factors like safety of our people residing near the LoC, our own image across the globe, ISI designs, infiltration attempts etc.

I wish the ceasefire to hold, but if ground commanders find proof that the Pakistan army has facilitated the infiltration then they will have no hesitation in ordering our troops to retaliate across the LoC.

It is my belief that if the jihadi infiltration attempts are assisted by the Pakistan army, the Indian Army will retaliate strongly.

I wish the ceasefire to hold on. We have to see how long this will hold. 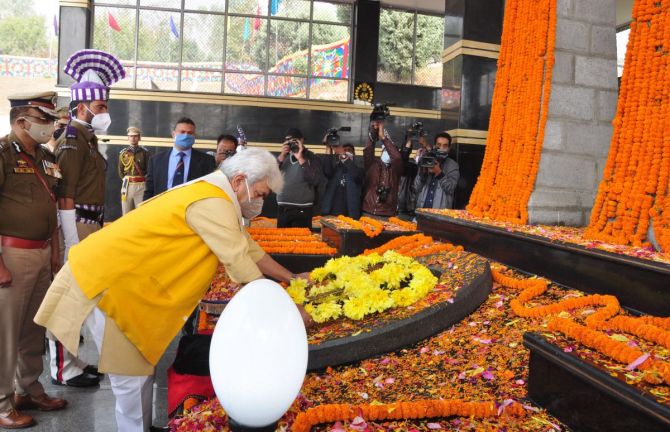 Nine army men lost lives against terrorists in Poonch-Rajouri in recent days.
The surgical strikes were conducted to deter such Pakistan-orchestrated attacks.
Do we need to conduct such strikes in regular intervals to prevent encounters?

A surgical strike is a message to the adversary that we will extract a heavy price from you. Infiltration attempts and jihadi ideology in Pakistan cannot be done away with completely, but surgical strikes increase the cost for the enemy and give psychological superiority.

In a conflict, it is important to have a psychological edge over the enemy. The aim is to make the cost so high that it deters them to pursue their false notion of ‘Bleeding India through thousand cuts’.

If that is not enough to deter the enemy, then one has to resort to other means including surgical strikes. Such operations need extremely careful planning and execution.

It is not every day that one can launch strikes at will against a nuclear armed neighbour. However, the escalation ladder will have to be crafted and executed if the situation so demands. 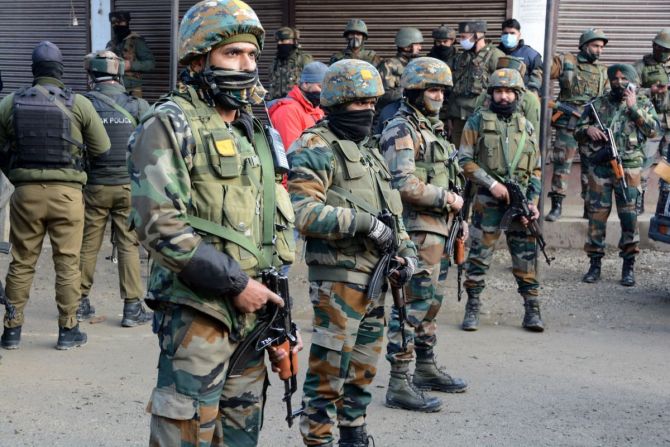 It will include coercive diplomacy, garnering international support against Pakistan who have weaponised jihadi culture against India, economic warfare, or may even be water wars.

I feel that Pakistan which is in a dire economic situation will come around. We have to look after our own national interest and be the masters of our own destiny.

If nothing works, then perhaps, the call will be made by the people of India.

We have to exercise our military, political, diplomatic and economic options simultaneously. Several security experts felt the return of the Taliban will not impact India’s security, but I defer from that view.

A jihadi is a jihadi, whom I believe, are thoroughly brainwashed people with little concern for other humans.

The events in Afghanistan have encouraged militant groups in Kashmir. However, there is one crucial and vital difference — the Indian Army is different from a foreign army operating in Afghanistan.