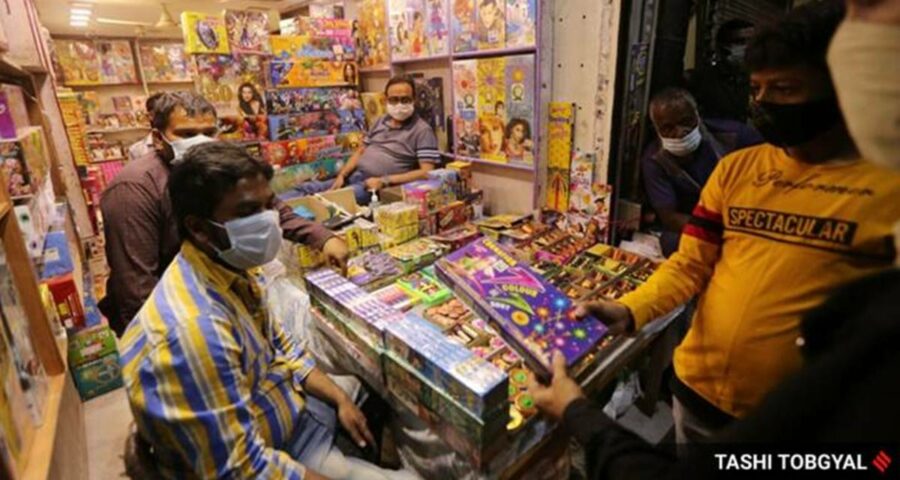 Keeping in view the Covid-19 pandemic, and approaching winter season that could create problems among elderly and persons with co-morbidities, the Punjab government on Tuesday banned manufacture, stock, distribution, sale and use of joined firecrackers in the whole of the state, adding that only green crackers would be allowed for sale and use.

“Only the green crackers (those crackers that do not use barium salts or compounds of antimony, lithium, mercury arsenic, lead or strontium, chromate) would be allowed for sale and use in Punjab,” the notification said.

“Sale and use of any kind of firecrackers is prohibited in the cities of Mandi Gobindgarh and Jalandhar from midnight of October 28-29 to the midnight of December 31 of 2021 to January 01 of 2022 in terms as the average air quality index for the month of November 2020 of Mandi Gobindgarh and Jalandhar has remained in poor category,” the notification said.

The sale of crackers would only be allowed by the licensed vendors.

The government had banned the firecrackers last year too. The notification said that the use is being regulated by drawing a balance between the pandemic situation and the economic impact on small traders.
Last year also, the issue was raised by the small traders stating that the government should have banned the manufacture in advance. The ban orders just ahead of Diwali were questioned as the crackers worth crores were already manufactured.