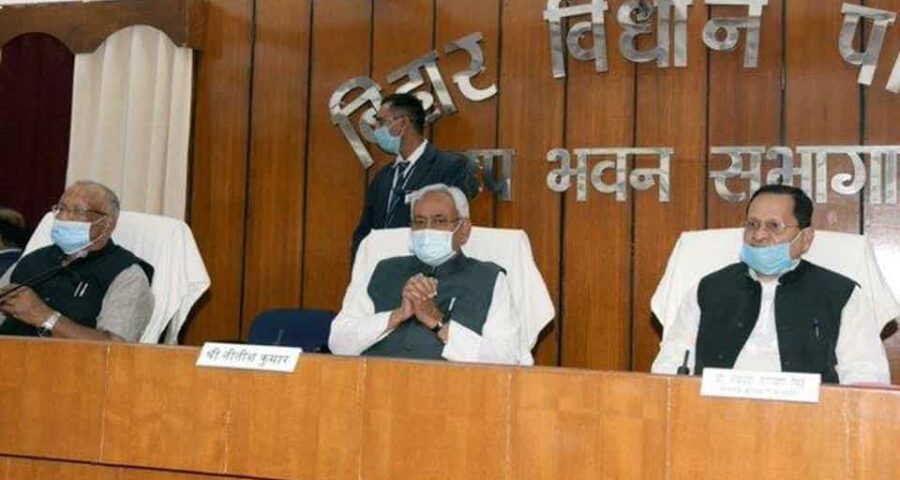 BJP’s Bihar in-charge Bhupender Yadav, and its Bihar state president Dr Sanjay Jaiswal, the two BJP deputy CMs met chief minister Nitish Kumar to discuss cabinet expansion and council polls days after the split suffered by Nitish Kumar’s party in Arunachal Pradesh where all but one MLA of the party crossed over to the BJP.

The JD (U) had won seven seats in the assembly polls held last year in Arunachal Pradesh and had become the main opposition group while the BJP had achieved power.

The meeting assumes significance as it was the first meeting of senior leaders of two alliance partners post Arunachal Pradesh developments.

NDA sources said that discussion between the two parties centered on proposed ministerial expansion which will take place after January 14 and Legislative Council polls for two seats scheduled on January 28. The seats had fallen vacant after the election of Sushil Kumar Modi to Rajya Sabha and election of MLC Binod Narayan Jha to the Legislative Assembly.

Though both the seats belong to BJP quota, NDA sources say, they can go to JD (U) to accommodate ministers Ashok Chowdhary and VIP leader Mukesh Sahani.

Earlier, in the afternoon, Yadav and Jaiswal had a closed-door meeting with JD (U) national president R C P Singh at JD (U) party office for 30 minutes.

“It was a normal courtesy call. RCP Singh has been elected as the national president of JD(U). I came to congratulate him on the behalf of my party. He has a long administrative and organisational experience,” Yadav said after meeting Singh.

The JD (U) reciprocated the gesture by downplaying the Arunachal developments.

“We are not sad. We are never sad and live happily,” said Singh after the meeting. “Everything (cabinet expansion) will be done at the right time. Top leadership is in touch with the chief minister,” he added.

Yadav said that no other matter was discussed. “The NDA government under Nitish Kumar is strong. The issue of cabinet expansion is not a big issue. Everything will be done at an appropriate time,” said Yadav.