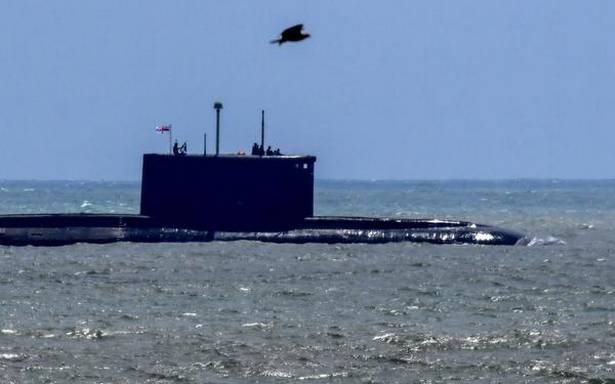 GMC should move beyond dialogue and focus on cogent outcomes, says Navy Chief

“We have an MoU with Singapore, under which we support each other. Its helps understand each other’s system,” said Cdr V.K. Singh, pilot of the DSRV (deep-submergence rescue vehicle) on the west coast. “We can provide support in the entire IOR. We are looking for MoUs with other countries too.”

In his closing remarks at the GMC on Tuesday, Chief of the Naval Staff Admiral Karambir Singh stressed that the GMC should move beyond dialogue and focus on cogent outcomes. He proposed “four guiding principles for the future editions – iterative and incremental gains, harnessing complementarities, synchronisation and focussed operations, and lastly upskilling and upscaling the existing capabilities.”

The conclave also saw the declaration of ‘Common Maritime Priorities’, which had been identified during the Goa Maritime Symposium 21 held earlier this year.

India and Singapore, which also has the capability, have signed a Memorandum of Understanding (MoU) to exchange practices on submarine rescue and discussions were on with more countries to have arrangements for them to utilise this mechanism, Navy officials said.

The Navy has procured two DSRVs from the U.K., of which the first one was operationalised end-2018 in Mumbai and the second at Visakhapatnam in early 2019.

The system can go to a maximum depth of 650 metres and rescue 14 people in one go.

Because submarine accidents could occur far that cannot be predetermined, the DSRVs are designed to be agile and easily transportable to far-off places, according to Capt. Kaushik Hota.

For this purpose, the entire system has been divided into 24 components, with each having a footprint of a standard container that could be easily transported by road, sea or air, he explained.

The DSRV, attached to mother ship INS Sabarmati, could be transported by heavy transport aircraft like IL-76 and C-17. “From the time of distress to the time of first rescue, we are considering between 72-96 hours,” stated Cdr Singh.

The Navy was also looking to participate in international submarine rescue exercises to further hone their skills.

In April, India dispatched the two DSRVs to locate the missing Indonesian submarine KRI Nanggala but were called back mid-way after the Indonesian Navy declared that it had located the debris of the missing submarine.

During trials in 2018, the DSRV dived upto 666 metres, setting a record for deepest submergence by a ‘manned vessel’ in Indian waters. The DSRV crew has also carried out Remotely Operated Vehicle (ROV) operations at over 750 metres and Side Scan Sonar operations at over 650 metres.