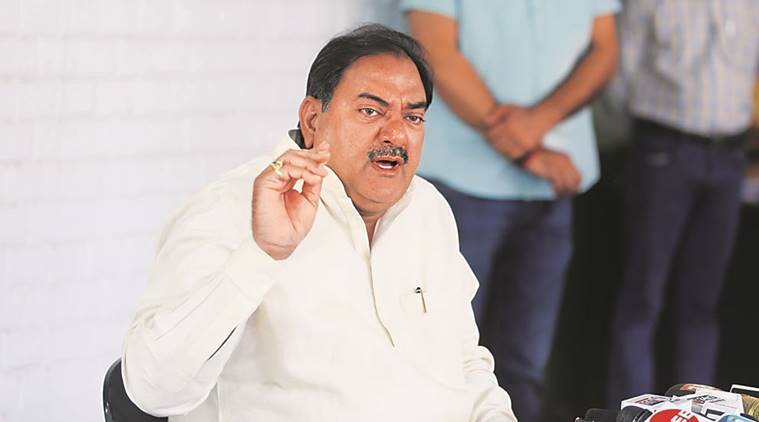 Amid the ongoing farmers’ agitation, the bypoll was seen as a tough battle for BJP-JJP but the final results showed that it was not a cake-walk for Abhay Chautala. While Abhay got 65,897 votes, Kanda got 59,189 votes and Beniwal bagged 20,857 votes. On October 30, the constituency had polled nearly 81.38 per cent votes.

Chautala managed to maintain the lead right from the first round in the total of 16 rounds. After 10 rounds of counting, INLD supporters began assembling outside Chaudhary Devi Lal University in Sirsa where the counting of votes was conducted amid tight security cover. Fireworks went off as Chautala was announced victorious.

Chautala, describing his win as a victory of the “farmers and people of Ellenabad”, said, “Had the BJP-JJP not indulged in horse-trading and Congress not colluded with them, I would have won with a margin of at least over 20,000 votes. It is not my victory, rather it is the win of the farmers and people of Ellenabad. This bypoll was always a contest between farmers and the government. Congress too colluded with BJP and tried to bring me down. They all failed.”

His son Karan Chautala said, “Win is always a win. The government used all its power but failed. It is a shame for the government that loses a bypoll. Right from day one we had been saying that it was a contest of farmers and people of Ellenabad versus the government. The victory margin does not matter.”

Chautala’s resignation on January 27 in support of the ongoing farmers’ agitation had necessitated the bypoll in Ellenabad.

While the vote shares of both INLD and BJP-JJP increased in comparison to the 2019 assembly elections, Congress registered a significant decline in its vote share.

In the 2019 assembly polls, Chautala’s margin was about 11,000 votes. However, the political scenario was different in Ellenabad constituency this time. In 2019, BJP and JJP contested the constituency separately. While Abhay got approximately 57,000 votes, Pawan Beniwal (that time a BJP candidate) finished second with about 45,000 votes while Congress’s Bharat Singh Beniwal had got approximately 35,000 votes and JJP candidate O P Sihag had received over 65,00 votes. This time, Beniwal contested on a Congress ticket and BJP-JJP contested the constituency as an alliance.

Reacting to Chautala’s win, Haryana’s Home Minister Anil Vij said, technically Abhay Chautala has won but ethically he has lost. The issue on which he had resigned has been completely negated by the people of Ellenabad

Although the ongoing farmers’ agitation appears to have played a part in Chautala’s win, BJP dismissed it and said if it would have been an issue, the victory margin would have been bigger.