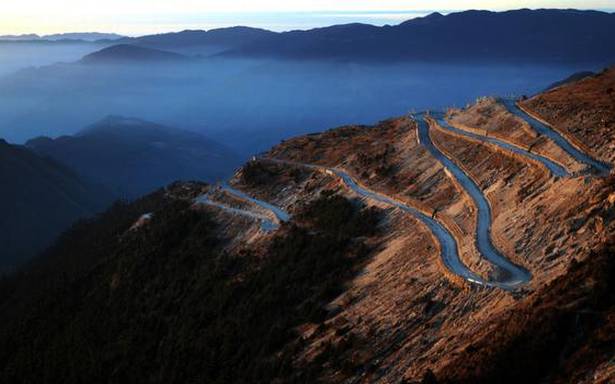 Some Chinese soldiers of a large patrol team were detained for few hours by the Indian Army after such teams of the sides were engaged in a minor face-off and clashed near Yangtse in Tawang Sector of Arunachal Pradesh last week, according to official sources.

“Some Chinese soldiers were detained for few hours and let off after the issue was resolved at the ground level as per established protocols between the two countries,” stated an official source.

Face-offs occurred due to differing areas of perception due to the demarcated boundary and as both sides undertook patrolling activities upto their line of perception, another source said.

“The face-off occurred as patrols of both sides came face to face, which lasted for few hours and was resolved by local commanders,” the sources noted. “There has been no damage to our defences,” one of them observed.

The Army has not responded to questions on the incident.

Defence sources said that whenever patrols of both sides physically met, the situation was managed according to established protocols and mechanisms agreed upon by both sides. “Physical engagement can last for a few hours prior to disengaging as per mutual understanding,” one of the sources cited above said.

Peace and tranquillity in these areas of differing perceptions had been possible due to adherence to the existing agreements and protocols between the two countries, the source added.

However, the effectiveness of these protocols has now come into question after the stand-off in eastern Ladakh last year following ingress by Chinese troops into Indian territory at multiple locations, which is still under way.

The latest face-off occurred as the two sides are set to hold the 13th round of Corps Commander talks for disengagement and de-escalation along the Line of Actual Control (LAC) in eastern Ladakh. The two sides have so far undertaken disengagement from Pangong Tso and Gogra areas.

Asked about the detention of Chinese soldiers by the Indian Army, Chinese Foreign Ministry Spokesperson Zhao Lijian replied, “I am not aware of the relevant information.”

Last week, during a visit to the forward areas of eastern Ladakh, Army Chief Gen. Manoj Naravane expressed the confidence that through talks, the two sides would be able to reach a consensus on how disengagement could take place and all the friction points got resolved.

At the same time, he said that China had deployed troops in considerable numbers all across eastern Ladakh and northern fronts right up to the Eastern Command.

“Definitely, there has been an increase in their deployment in the forward areas, which remains a matter of concern for us,”he noted, adding that India was well poised to meet “any eventuality.”

The Chinese have been undertaking such transgressions along the LAC. In August, over 100 Chinese troops transgressed 4-5 km into Indian territory at Barahoti in Uttarakhand and returned after few hours.