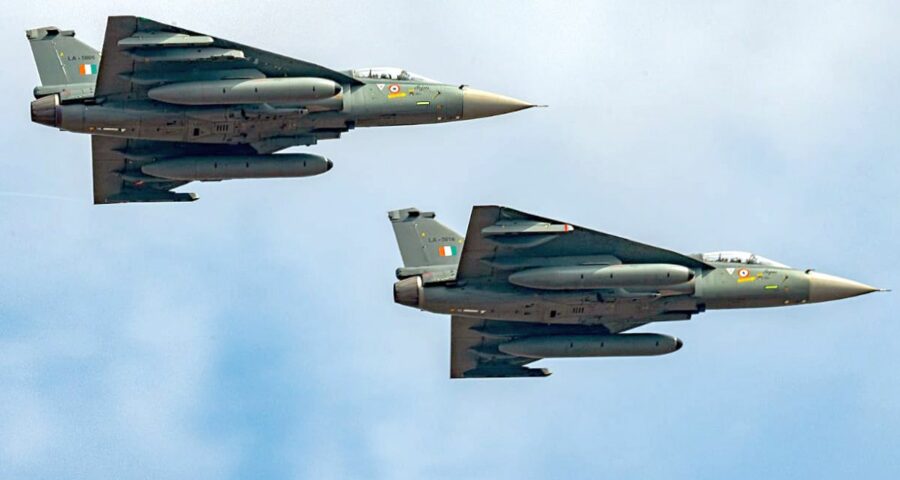 In a step towards further strengthening the capabilities of the indigenous LCA Tejas fighter aircraft, the Indian Air Force has placed orders for HAMMER missiles from France which would allow it to take out any hardened bunkers or ground targets at stand-off ranges of more than 70 kilometres.

The capability enhancement of the LCA Tejas fighter aircraft is being done in the middle of a military stand-off with China using the emergency procurement power granted by the Narendra Modi government to the defence forces.

“The HAMMER missiles are in the process of being integrated with the LCA Tejas and it will significantly enhance its capability to take out hardened targets from stand-off distances,” government sources told ANI.

The Indian Air Force had acquired the first lot of these HAMMERs for the Rafale fighters at the time when the aircraft had started coming to the IAF from France for further enhancing the air to ground targeting capabilities of its most advanced plane.

Due to the urgency at that time in view of the Chinese aggression, the French authorities had agreed to supply them at a short notice for Rafale combat aircraft.

The HAMMERs would give India the capability to take out any bunkers or hardened shelters in any type of terrain including mountainous locations such as eastern Ladakh, the sources said.

Indian armed forces have extensively utilised the emergency procurement powers granted to them in different phases by the government to equip themselves with necessary weaponry to handle any conflict or aggression by enemies on both sides.

The Indian Air Force is strongly supporting the indigenous LCA Tejas fighter aircraft programme by adding more and more capabilities of the aircraft.

The IAF has also its eyes set on the LCA Mark 2 and the AMCA being developed by the DRDO for it.

The Indian plane is already considered to be far more capable than the Pakistani and Chinese joint venture JF-17 fighter jet and with additions like the HAMMER, the Indian plane would be in a much higher category than them, an Indian fighter pilot said.