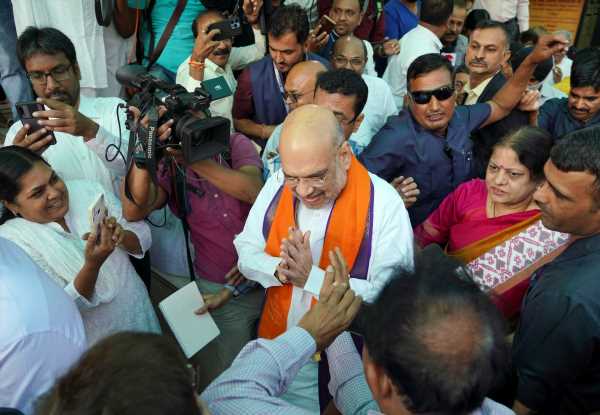 ‘Apparently, the EC deals with such communications as mine in a summary manner, and it has no intention to conduct its affairs, as a quasi-judicial authority ought to.’ 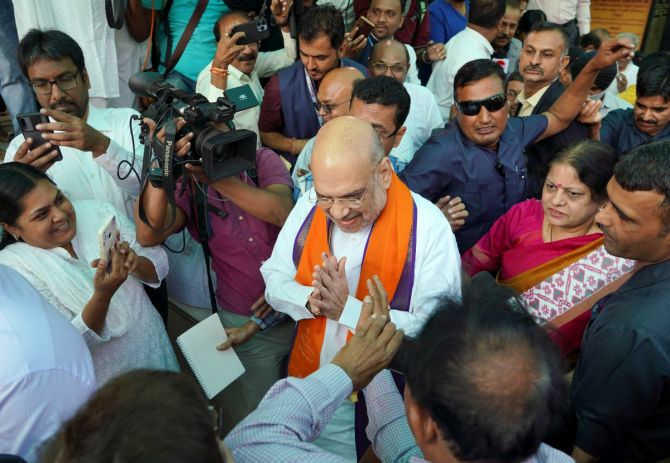 The Election Commission of India has given Home Minister Amit Shah a clean chit for his ‘taught them a lesson’ remark made during the election campaign in Gujarat.

Reports say the Election Commission felt there was nothing wrong in Shah’s statement, and there was no way the home minister’s remark violated the Model Code of Conduct when he made the statement in reference to the Gujarat riots of 2002.

Retired IAS officer E A S Sarma, who served as Union revenue secretary, had complained to the ECI that Shah’s remark had violated the Model Code of Conduct.

“I have always reposed trust in the EC. That is the reason why I had brought the instance to the EC’s attention,” Sarma tells Syed Firdaus Ashraf/Rediff.com in an e-mail interview.

The ECI has held that your complaint against Amit Shah over his ‘taught them a lesson’ speech did not violate the Model Code of Conduct. Are you surprised by this decision?

The least that the EC could have done would have been to pronounce a well-reasoned order and place it on its portal or communicate it to me, so that I may, if necessary, contest it.

Apparently, the EC had not pronounced any such order nor has it placed it in the public domain.

I have not received any such order so far.

Apparently, the EC deals with such communications as mine in a summary manner, and it has no intention to conduct its affairs, as a quasi-judicial authority ought to.

It is the prerogative of the EC to come to a conclusion on such a complaint, but it has necessarily to be on the basis of evidence and application of mind.

Did anyone from the ECI seek your inputs after your complaint, or was the matter decided ex-parte?

No. I am not even aware that any order has been passed. If the EC has passed an order, it is ex-parte.

Is there an appeal process in the complaints process with the ECI?

To the best of my knowledge, no such procedure has been prescribed by the EC.

One could have contested its order before a court.

The ECI’s decision says Shah was referring to ‘miscreants’ in his speech and not to any particular community, according to reports. Do you find the explanation satisfactory?

I do not find it satisfactory, if what has been reported is true. The EC should have written out a judiciously reasoned order for anyone to see.

When you filed the complaint, did you honestly expect the ECI to go against the home minister in its decision?

I have always reposed trust in the EC. That is the reason why I had brought the instance to the EC’s attention.

What is your next step? Do you plan to pursue the matter in any other forum?

So far, none. However, I will be satisfied if there is a public debate on the role of the EC as an impartial, independent, Constitutional authority.