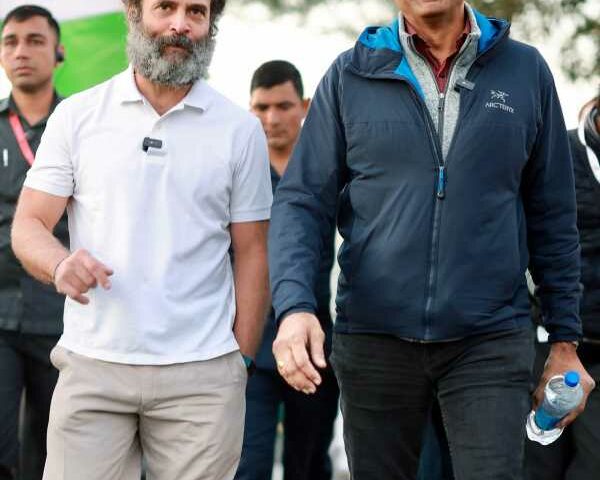 Dr Rajan’s presence during the yatra prompted Vijay Chauthaiwale, the BJP’s foreign affairs department head, to tweet, ‘One former RBI governor became head of government and country lost 10 precious years. Thanks to Modi, India will not repeat that mistake. RRR can walk from Delhi to Chicago.’

In response, Pawan Khera, the Congress’ media department head whose repartee and retorts are often more than a match for the BJP’s hyperactive media cell, declared, ‘The entire cabinet put together cannot match the abilities of Mr Raghuram Rajan. The decision of demonetisation, if they had consulted people like Mr Raghuram Rajan, believe me, the country’s economy would have been saved of the kind of disaster that Mr Modi has pushed it into.’

In the spirit of harmony that the Bharat Jodo Yatra seeks to evoke, glimpses of Raghu and Rahul walking together on a rather cold morning in Rajasthan: 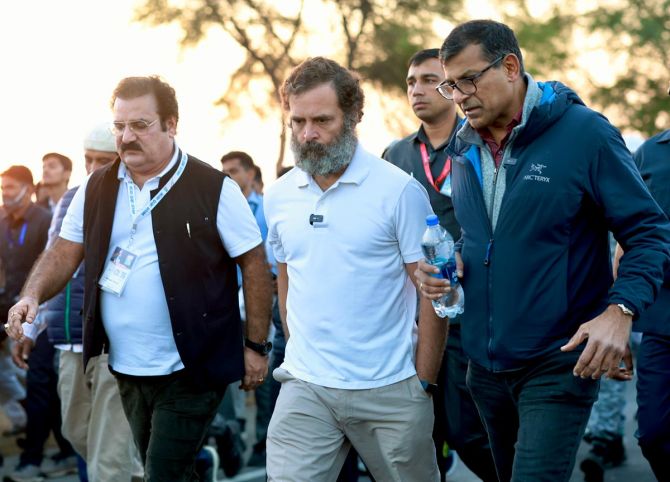