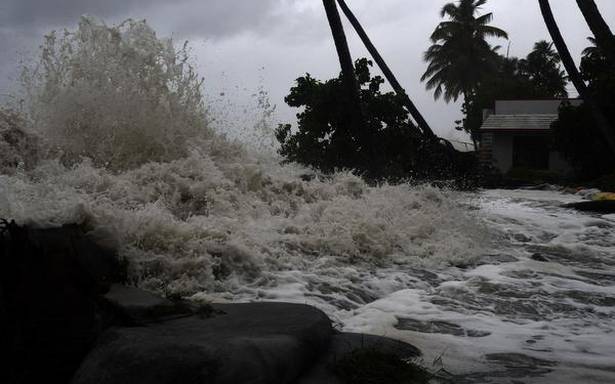 All districts, except Thiruvananthapuram, Kollam and Ernakulam, are on alert, according to a September 27 morning weather update

The India Meteorological Department (IMD) has put 11 districts of Kerala on yellow alert on September 27 given the possibility of heavy rainfall.

All districts, except Thiruvananthapuram, Kollam and Ernakulam, are on alert, according to a Monday morning weather update.

Meanwhile, the Cyclone Gulab, which has weakened into a deep depression over south Odisha and north Andhra Pradesh, is likely to move further westward and weaken into a depression later today.

Fishermen in Kerala have been advised not to venture out to sea today as squally weather with wind speeds touching 40-50 kmph is likely along the Kerala and Lakshadweep coasts and southeast Arabian Sea.

Strong wind with speed reaching 45-55 kmph is likely to prevail over the Comorin area, Gulf of Mannar and southwest Bay of Bengal also, the IMD said.

The Indian National Centre for Ocean Information Services (INCOIS) has also issued a high wave alert for Kerala. High waves in the range of 2.5 to 3.3 metres are likely along the Kerala coast from Pozhiyoor to Kasaragod today.