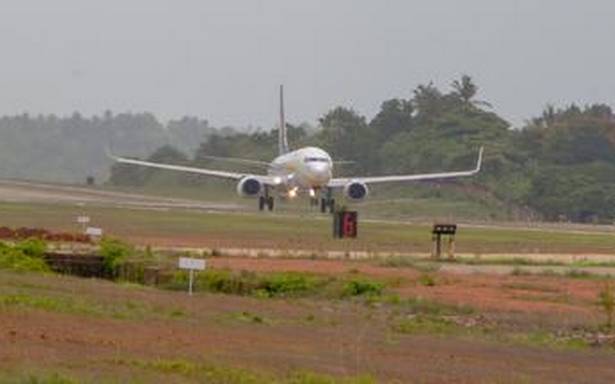 Customs officials at Mangaluru International Airport on Sunday (April 18) seized 504 grams of gold valued at ₹ 24.44 lakhs from a passenger who was arrested later.

A customs release mentioned the name of the passenger as Aboobakar Siddiq Pulikoor Mohammed from Kasaragod in Kerala.

He was apprehended after landing from the Air India Express flight IX 384 from Dubai. The passenger had concealed the gold in his socks, the release said.

The surveillance team was led by Deputy Commssioner of Air Customs Kapil Gade and Superintendents Bhomkar, Vikas and Kshiti, it said.