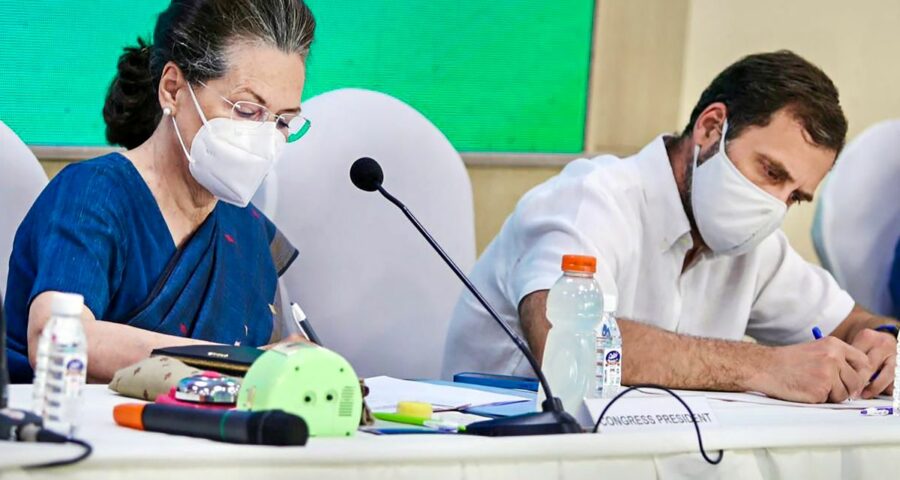 ‘The Gandhi family is the party’s integrating factor’

When did Kapil Sibal fight an election for any position in the party, senior Congress leader Salman Khurshid asked on Wednesday as he hit back at his party colleague for criticising the Gandhi family’s leadership.

Saying it was a “bit sad” to complain after receiving so much from the organisation, Khurshid also attacked the ‘Group of 23′ signatories, including Sibal, who wrote a letter to Sonia Gandhi in 2020 seeking sweeping changes in the party.

“The Gandhi family is the party’s integrating factor and the best possible leadership option in this moment of crisis,” Khurshid told PTI, countering Sibal who said it was time for the Gandhis to step aside from a leadership role and give some other person a chance.

“When did Mr. Sibal fight an election to get into any position in the party,” he asked in response to Sibal’s remarks in an interview that the Gandhis should voluntarily move away because “a body nominated by them will never tell them that they should not continue to hold the reins of power”.

Khurshid’s staunch defence of the Gandhis comes at a time the Congress faces an existential crisis following its electoral defeats in the recent assembly elections, including in Uttar Pradesh where it won only two seats and a little over 2 per cent of the votes.

According to Khurshid, the common perception after talking to people within the party is that they would like Rahul Gandhi to take over as full-time party president.

“… we can all sincerely hope that the elections come in August, and that in August he will oblige and become president of the party again.”

“We have been accustomed to a somewhat comfortable life of being in power guaranteed as it were by members of the Gandhi family over generations and we are suddenly feeling upset that they can’t keep us in power for now,” he added.

The former Union minister argued that internal bickering does not help the party, and instead helps the Bharatiya Janata Party.

“Leadership is in cuckoo land…. I want a ‘Sab ki Congress’. Some want a ‘Ghar ki Congress’,” Sibal said in an interview to The Indian Express.

Slamming Sibal for the barbs, Khurshid said the crowds that had gathered in support of the Gandhi family on its own accord near the AICC headquarters when the Congress Working Committee met on Sunday must also be considered part of an inclusive Congress.

“When you talk about ‘sab ki Congress’, it means an inclusive Congress,” said the former Union minister, among the leaders considered close to the Gandhi family.

Referring to the CWC meeting including three members of the G-23 group who participated in a discussion reaffirming full faith in Sonia Gandhi’s leadership, Khurshid said giving “confusing signals” outside the party is not doing the party any service.

“There was a free and frank discussion in the CWC. There were issues that people who belonged to G-23 raised and they were heard with all humility and seriousness and there was a friendly exchange of views. And then they participated in that decision (reposing full faith in Sonia Gandhi’s leadership),” said Khurshid, who is also a member of the CWC.

“So now if people amongst them who have been gathering together before and after the CWC, are taking a different view, then frankly it is for them to disassociate themselves or to clarify.”

The damage, he said, is irreversible if you give open interviews and come out and speak publicly.

Referring to the G-23, Khurshid said if one catalogues what they have achieved and received from the party in comparison to “some of us”, the scales will be tilted towards them.

“After receiving so much, for them to complain, seems a bit sad. If things in the party have not been fine as they should be in some imagined way, they are beneficiaries of things not being fine,” he said.

The senior Congress leader said people want Rahul Gandhi to be president but he wants to follow “constitutional propriety”.

Khurshid said he could say without fear of contradiction that the commitment to the Congress legacy that he speaks of is “deep and robust in the Gandhis”, and he can’t see that in anyone who might figure as a possible leadership option.

In another sarcastic jibe at Sibal, he said, “Is it that he was such a compelling person to become a Rajya Sabha MP that nobody could stop him, no. He was liked and he was respected and therefore he was made a Rajya Sabha MP…We must not forget the roots from where we come.”