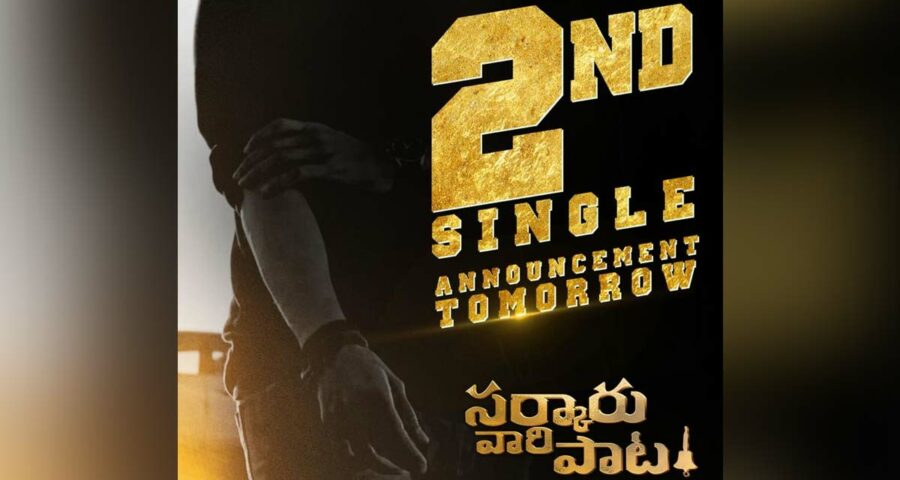 Sarkaru Vaari Paata is an upcoming  big budget  Telugu movie which has Telugu superstar Mahesh Babu and Keerthy Suresh in the lead roles. The movie which is based on bank scam is written and directed by Parasuram and funded by Mythri Movie Makers, 14 Reels Plus and G. Mahesh Babu Entertainment. Sarkaru Vaari Paata also has Vennela Kishore, Samuthirakani,  and Subbaraju  in the supporting roles.  Today evening the makers of Sarkaru Vaari Paata officially announced that the announcemnte regarding its second single will be made tomorrow.

The makers have already released the first single Kalavaathi that  became an instant hit, with massive record viewership on YouTube. ‘Kalaavathi’ was supposed to be out on Valentines’ Day, but the online leakage of the song prior to its release, made the makers unveil the lyrical song a day earlier.

The big budget drama has the music by S Thaman. The makers promise commercial drama full of entertainment. Slated for its release on 12th  May,  Parasurram’ magnum opus is in its final leg of shooting.

The movie marks the first collaboration of national award winning actress Keerthy Suresh and superstar Mahesh Babu.  Their fans are eager to see this new pairing on the silver screen.