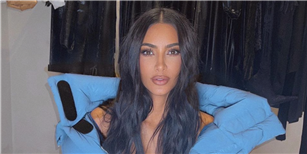 Kim Kardashian and Kanye West’s divorce is still playing out in the public eye, and apparently Kim and Pete Davidson (who she’s been dating since October) are at their breaking point with Kanye’s social media posts about them.

A source tells Entertainment Tonight that Pete is “really over Kanye and has had enough” and that he is “at a point where he is not backing down” and “needs Kanye to stop and thinks he has gone way too far. Pete is super into Kim, and this is how he is showing it. He is not taking anything from Kanye anymore.”

Kim and Kanye share joint custody of their four children, but (in since-deleted posts) Kanye has taken issue with Kim allegedly not allowing the kids to attend a recent Sunday Service, as well as Kim’s allowance of North’s continued presence on TikTok (which he does not want her using). According to Entertainment Tonight’s source, “Kanye has told his lawyer he wants a more formal custody agreement with Kim. The two currently have nothing in place, but Kim has the kids, and Kanye is allowed to see them whenever he wants, within reason. Kanye feels he’s not been getting enough time with his children and if his lawyer can’t work something out with Kim will go to court.”

FYI that in response to Kanye’s recent comments regarding spending time with the kids, Kim hopped into his Instagram comments with “Please stop with this narrative, you were just here this morning picking up the kids for school.”