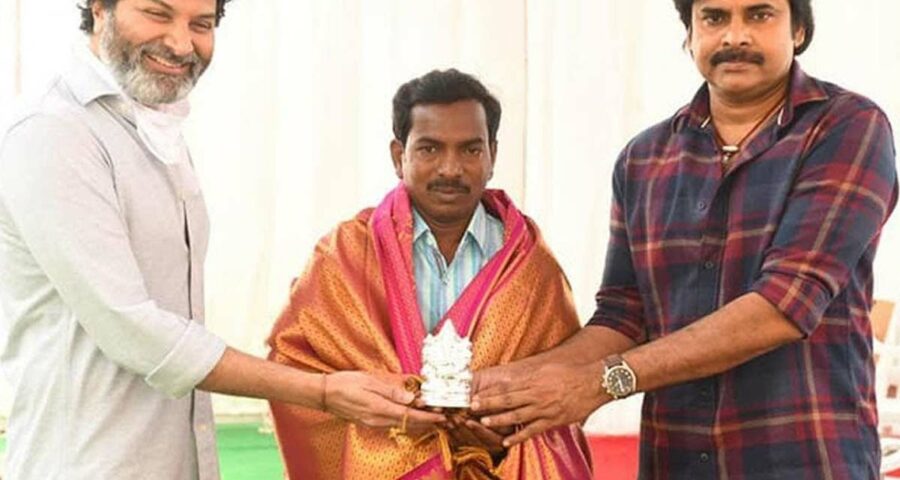 Here’s some good news for Power Star Pawan Kalyan fans. The folk sensation Penchal Das is all set to croon a folk song for Pawan Kalyan and Rana Daggubati starrer upcoming  Telugu film, which is a remake of Malayalam hit film, Ayyappanum Koshiyum.

Recently it was heard that Pawan Kalyan would lend his voice for  the folk song in the Telugu remake of the Malayalam movie, Ayyappanum Koshiyum. It is known news that  Pawan Kalyan is reprising the role originally essayed by Biju Menon. The remake is directed by Saagar K Chandra of Appatlo Okadundevadu and Ayyare fame.

The folk song will be one of the main highlights of the film and it will come at a crucial juncture. The sources say that talented folk singer Penchal Das is working on a song for the remake of Ayyappayum Kozhiyum  starring Pawan Kalyan and Rana Daggubati.  The makers are thinking that  this folk  song will be at the next level if Penchal Das croons.

Nithya Menen and Aishwarya Rajesh will be seen essaying crucial roles in the remake. Prasad Murella is handling the cinematography. The upcoming remake of Pawan and Rana is backed by Suryadevara Naga Vamsi under the banner of Sithara Entertainments.