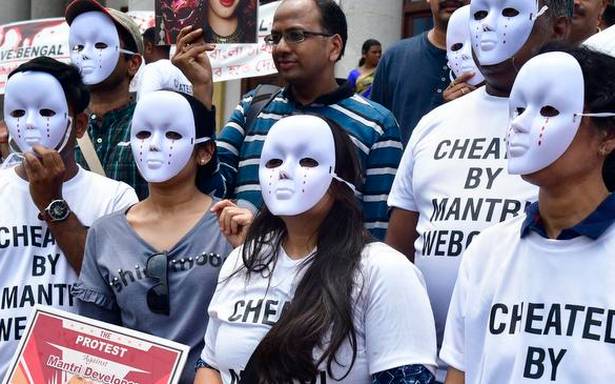 They say because of lack of transparency on RERA website, home buyers are unable to make an informed choice

It has been five years since the Real Estate (Regulation and Development) Act, 2016 was enacted in the country. However, its failures and shortcomings outweigh its benefits by a wide margin in the State, says the Forum for People’s Collective Efforts (FPCE) which has been at the forefront of the movement for RERA even before the Act was enacted. Writing to the Chief Minister and other key functionaries, FPCE has called for a reboot of RERA in the State, demanding more transparency by the authority.

The average delay has been more than one year, like before RERA. As was expected, RERA Karnataka (K-RERA) has not been able to ensure completion of all pending projects, as many have remained outside the ambit of the law, due to the way rules were framed in the State. To date, 1,044 unregistered projects — more than 25% of registered projects — have been reported in the State, stated the letter. Follow-up on implementation of K-RERA orders has also been poor, FPCE argued.

FPCE also pointed out the lack of transparency on the RERA website which they argue hinders the interests of home buyers by denying them access to credible information — details of registered projects, complaints and quarterly reports — to make an informed choice. “Non-availability of such data amounts to providing opportunity by concerned officials to unscrupulous promoters/ builders to lead the real estate industry back to pre RERA status,” the letter said.