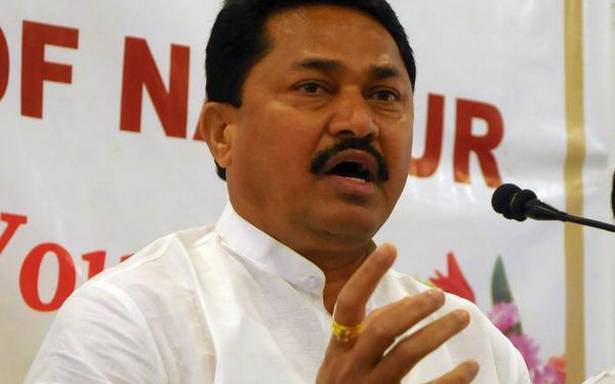 Speaking in Pune, he said the party was preparing to contest the crucial Pune civic body polls next year on its own. His remarks came as Mr. Raut and Revenue Minister Balasaheb Thorat reached Delhi today to reportedly seek an audience with party chief Sonia Gandhi to settle the ‘problems’ plaguing the State unit.

“There is no internal strife within the Congress… questions are being raised just because some Congress leaders [Mr. Raut and Mr. Thorat] have gone to Delhi. But everyone has to go there when they are called for a meeting,” he stated.

Mr. Patole asked why only alleged disputes within his party were highlighted despite the BJP having some real ones. “Speaking of internal disputes, recently, the BJP State president Chandrakant Patil had written to Union Home Minister Amit Shah about the MSCB scam and irregularities in sugar factories… that letter also mentions factories believed to be owned by senior BJP leader Nitin Gadkari,” he observed.

Last week, Mr. Patole sparked a controversy after he wrote to Chief Minister Uddhav Thackeray alleging irregularities in the tendering process in the selection of a coal supplying firm, which allegedly is ‘linked’ to Mr. Raut, by the Maharashtra State Mining Corporation (MSMC).

In his letter, Mr. Patole claimed that Rukhmai Infrastructures Private Limited had no past experience in supplying coal and did not fulfil the criteria to be a supplier to the ‘Mahagenco’ (Maharashtra State Power Generation Company).

According to sources, Mr. Patole has reportedly been eyeing a ministerial berth in the form of the Energy portfolio in exchange for Mr. Raut to take up the vacant post of Assembly Speaker. Since then, the alleged Patole-Raut rift has lent grist to the State’s political rumour mills.

However, it is believed that Mr. Raut has no intention of letting go of the Energy portfolio.

“If indeed such a swap is effected [Mr. Raut as Speaker and Mr. Patole as Energy Minister], then it would alienate the SC/ST sections, whose leader is Mr. Raut…that the party cannot afford at this juncture,” said a city-based Congress leader.

Commenting on the vacant Speaker’s post, Mr. Patole clarified that it was not possible to fill it over a mere two-day session of the legislature and that a decision on selecting the right candidate would be made in the due course of time.

Given his recent pronouncements of contesting civic polls independently of allies – the Shiv Sena and the NCP, Mr. Patole said: “While I am determined to contest the PMC and other civic body polls on our own, a decision on this will be taken only after consultations with local leaders. An announcement will be made at the proper time.”