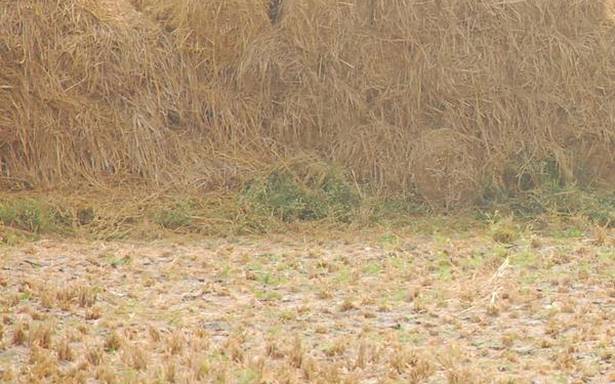 In the absence of buyer for paddy or alternate crop, ryots prefer not to to take up cultivation

The decision by the Centre not to procure par-boiled rice from Telangana during summer season has left the farmers on tenterhooks and they have no clue on what to do and what the available alternatives were.

Some farmers who have been able to enter into an arrangement for procurement of the crop, some friends and relatives, are going ahead with cultivation of paddy despite the government announcing that it would not open procurement centres for paddy in the ensuing rabi season. Such farmers are taking up cultivation only when they have a proper agreement with buyer on quantity. In case they do not get any assurance they are preferring to leave the land unplowed. Then there are many farmers who claim that their lands cannot be used for any other crops.

Most farmers in Sangareddy district are small and marginal farmers who take land on lease and cultivate it in addition to their small holdings. The standard practice has been to take the land on year-long lease and not season to season and the lease ranges between ₹ 8,000 per acre to ₹ 16,000 per acre depending upon the location and availability of irrigation. Many farmers prefer to leave the land fallow during a season rather than cancel the lease, as they are afraid that once they cancel the lease they may not be able to get the same stretch of land on lease the next year.

In view of the ongoing uncertainty some farmers are requesting land owners to come to their rescue by returning part of the lease amount, which they had already paid, as they would not be cultivating the land.

“I had taken 25 acres for lease and cultivated paddy on 13 acres as first crop and remaining as rain-fed crops. As the government made it clear that it would not purchase paddy, all the land has now been left fallow,” said Sanjeeva Reddy, a farmer from Nizampur in Sadashivapet mandal.

“As the government made it clear it would not buy paddy, we have to either stop cultivating that or to look at assured buyers. We cannot cultivate other crops due to various reasons, including not having an assured market for alternative crops. The only choice is not to cultivate,” Pruthvi Raj, a farmer from Sadashivapet in Sangareddy district told The Hindu.