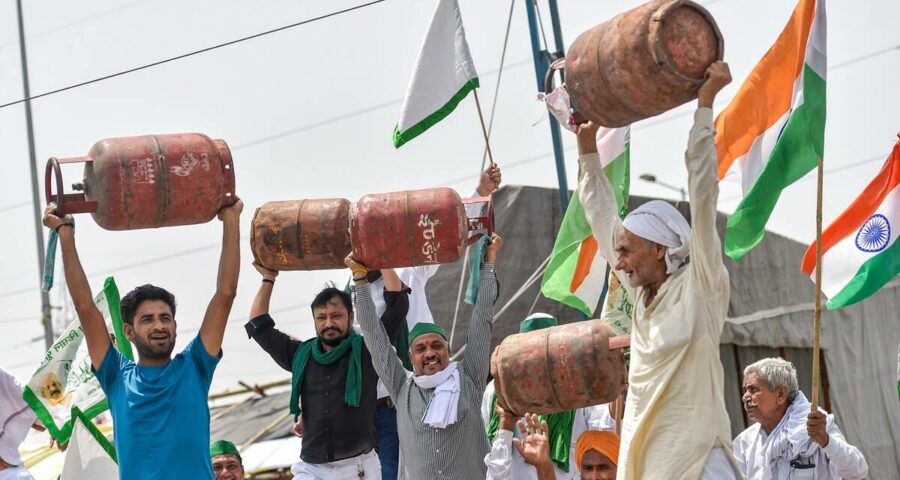 Farmer leader Harmeet Singh Kadiyan, who led the protest in Ludhiana, slammed the BJP-led government at the Centre over the increasing prices of fuel and cooking gas. 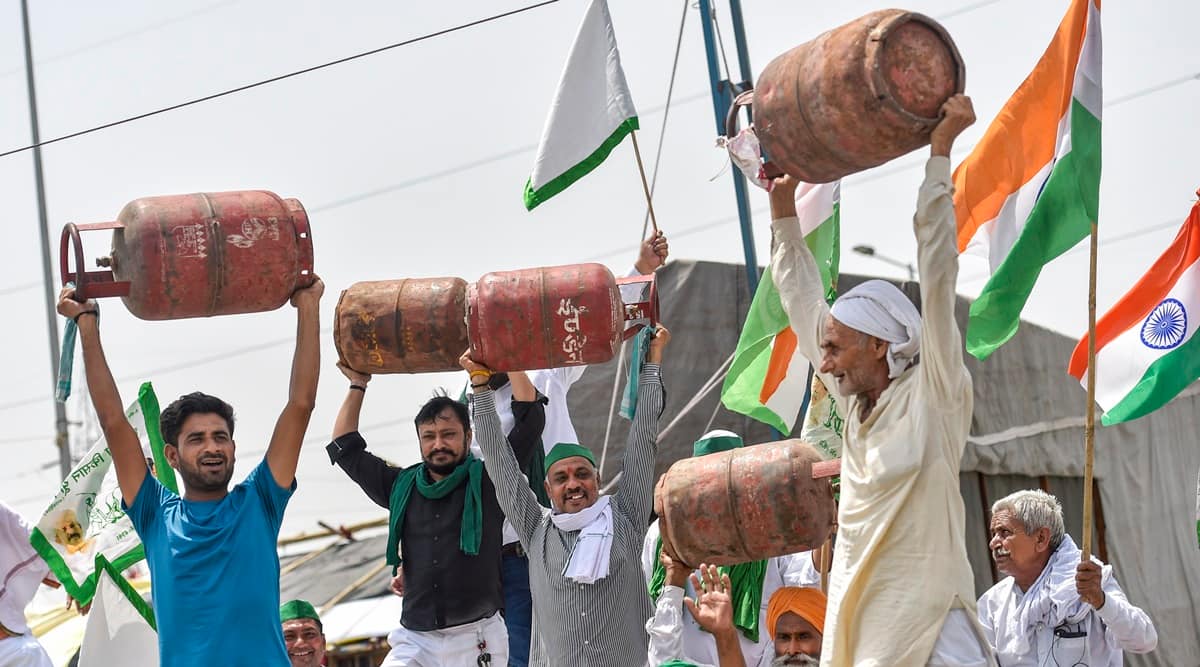 Farmers in Punjab and Haryana on Thursday held protests at several places in the twin states against the hike in fuel and cooking gas prices. The call for the protest from 10 am till 12 noon was given by the Samyukt Kisan Morcha (SKM), which is spearheading an agitation against the Centre’s three farm laws.

Protesters parked their tractors and other vehicles on the roadside and shouted slogans against the Union government over the rising prices of petrol, diesel and cooking gas. Some of them also brought empty LPG cylinders to the protesting sites as a mark of protest. Agitating farmers also honked their vehicles for a few minutes, saying it was done to “wake up” the government from “slumber”. The farmers slammed the government for not being able to control the prices of essential commodities.

Police personnel were deployed in strength near the protest sites to maintain law and order, officials said.

Protests were held at many places in Mohali, Amritsar, Ludhiana, Moga, Rupnagar in Punjab and Sonipat, Sirsa and Gohana in Haryana.

Farmer leader Harmeet Singh Kadiyan, who led the protest in Ludhiana, slammed the BJP-led government at the Centre over the increasing prices of fuel and cooking gas. Every day, prices of fuel are going up which is adversely affecting every section of the society, he said.

In Moga, a protester said rising prices of diesel would increase the farmers’ input cost. In Haryana’s Sirsa, a protesting farmer brought a camel to pull a four-wheeler as a mark of protest against the rising fuel prices. Agitating farmers said their demonstrations were peaceful.

Thousands of farmers have been camping at Delhi’s borders since November last year demanding that the Farmers’ Produce Trade and Commerce (Promotion and Facilitation) Act, 2020, Farmers’ (Empowerment and Protection) Agreement on Price Assurance and Farm Services Act, 2020 and the Essential Commodities (Amendment) Act, 2020 be rolled back and a new law made to guarantee minimum support price for crops.

However, the government has maintained the laws are pro-farmer. Several rounds of talks between farmers and the government have failed to break the deadlock over the three central controversial legislations.