Lekhi came to the forefront of national politics when her contempt petition before the Supreme Court had forced Congress leader Rahul Gandhi to apologize for his ‘Chowkidar Chor Hai’ jibe against Prime Minister Narendra Modi. 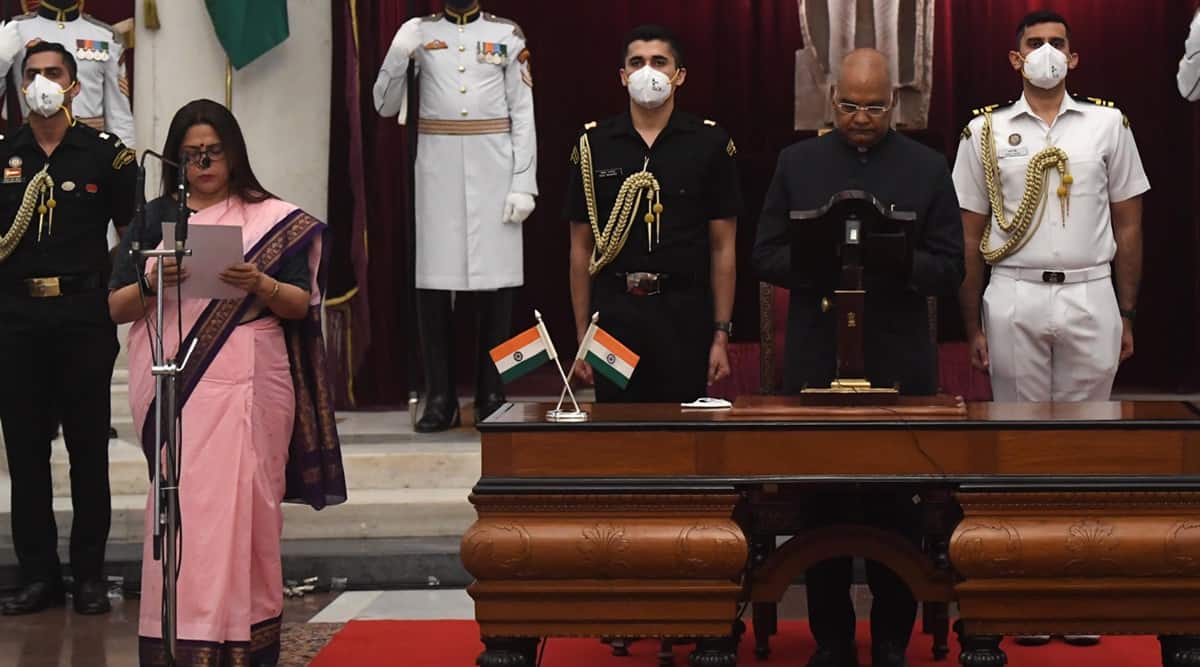 During the 2019 Lok Sabha elections, there were rumours that the BJP will not give a ticket to Meenakshi Lekhi when her name did not feature in the first list of four that was released by the saffron party.

MPs Dr Harsh Vardhan, Manoj Tiwari, Parvesh Sahib Singh, Ramesh Bidhuri were the ones named first. Three more spots remained and besides Lekhi, incumbent MPs Udit Raj and Maheish Girri were also ones who were still not given a ticket. When the second list came out, Lekhi was the only one to feature on it among the three.

She came to the forefront of national politics when her contempt petition before the Supreme Court had forced Congress leader Rahul Gandhi to apologize for his ‘Chowkidar Chor Hai’ jibe against the Prime Minister.

“Fighting back whenever cornered — this is the quality that has pushed Lekhi to top, making her stand out amid a crowd of BJP leaders. This is the attitude that helped her bag a ministerial berth,” BJP leaders said.

Fifty-four-year-old Lekhi, who took oath as a Union Minister of State for the Ministry of External Affairs and Ministry of Culture on Wednesday, is a two-time MP from the prestigious New Delhi constituency and is a graduate from Delhi University.

She was appointed vice-president of the BJP’s Mahila Morcha in 2010. As a national spokesperson, she articulated and advocated the party’s policies and programmes while taking on her political opponents.

“Her sharp oratory and vast knowledge of laws as she had graduated in the subject helped her rise through the ranks. The party also wanted a sharp orator to take on the Aam Aadmi Party in Delhi,” a senior BJP leader said.

Lekhi’s journey with the BJP started when she was invited to join the party by Nitin Gadkari in 2010.

Her experience as serving on different parliamentary panels, including the Standing Committee on External Affairs, Committee of Privileges, and General Purposes Committee, helped her get noticed among other leaders.

Lekhi was earlier a part of the Swadeshi Jagaran Manch, an organisation associated with the RSS.

“With Vardhan being dropped, one leader from Delhi had to be accommodated. Besides Lekhi, MPs Parvesh Sahib Singh, Ramesh Bidhuri and Manoj Tiwari were hoping to get a seat. Among them, Singh and Lekhi’s names were making the buzz during the last round,” another senior BJP leader said.

“What worked in Lekhi’s favour here was her sharp legal acumen, bilingual oratory skills and party’s intent to give more representation to women in the Cabinet,” the leader added.

“She also had a caste advantage as she is from the Punjabi community which outnumber Jats from which Singh comes,” another leader said.

“The ‘Bania’ quota was already given representation by selection of Adesh Gupta as party chief. Hence, there were high chances that a Punjabi or ‘Poorvanchali’ will be picked from the Delhi quota,” she added.