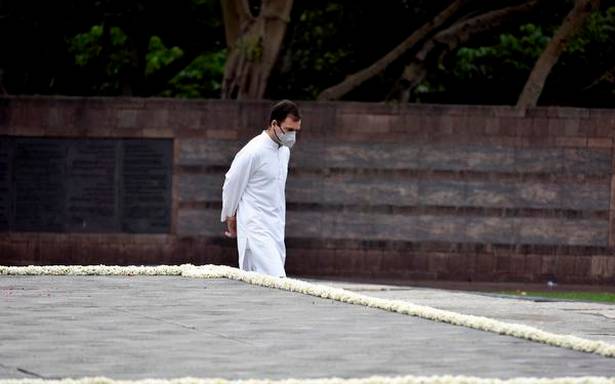 Social media giant Facebook has removed the post by former Congress president Rahul Gandhi that identified the family of a nine-year-old victim of alleged rape and murder in Delhi as it violated the platform’s policies.

The social media giant informed Mr. Gandhi, as well as the National Commission for Protection of Child Rights (NCPCR), of the removal of the posts from Facebook and Instagram.

In an emailed reply to a query, a Facebook spokesperson said, “We have taken action to remove the content as it was in violation of our policies.”

According to Facebook, in this case, the family has pleaded for their safety in the court, and in view of their safety and to maintain the dignity of the victim, the company decided to take down the content from its platform.

The social media company’s action followed the NCPCR’s direction to Facebook to take appropriate action against Mr. Gandhi’s Instagram profile over the violation of provisions of Acts such as the Juvenile Justice Act, 2015, the Protection of Children from Sexual Offences (POCSO) Act, 2012, and the Indian Penal Code.

Earlier, on August 7, Twitter too had locked Mr. Gandhi’s account, and subsequently several other handles associated with the Congress, for posting/sharing a photograph of the parents of the 9-year-old victim.

A week later, on August 14, Twitter restored Mr. Gandhi’s account, after the company claimed that the Congress leader had submitted a consent letter from the victim’s family.

However, Mr. Gandhi is yet to use the platform since. His last tweet from his verified @RahulGandhi handle was on August 6, when he shared a Hindi couplet on the farmers’ agitation.

On Friday, he chose Facebook to share his thoughts on the 77th birth anniversary of his father and former Prime Minister, the late Rajiv Gandhi.

“A secular India alone is an India that can survive,” Mr. Gandhi wrote, quoting his father. “Remembering Shri Rajiv Gandhi ji on his birth anniversary.”