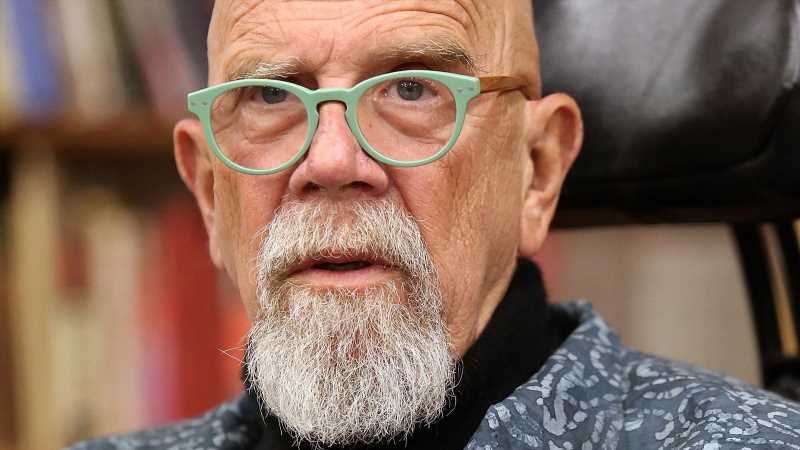 New York City artist Chuck Close died on August 19. The iconic photographer and artist, famous for his massive, mosaic-style paintings, was 81, per the New York Post. Close rose to fame in the ’70s and ’80s with portraits of a variety of subjects, including family members and celebrities. The New York Times reported that Close’s works of painter Joe Zucker, sculptor Richard Serra and composer Philip Glass “were indistinguishable from photographs when seen in reproduction.”

In 1988, Close was diagnosed with a collapsed spinal artery. At first, the injury left him paralyzed from the neck down, but after some rehabilitation, Close regained some arm movement and sat up to paint using brushes strapped to his hand. While he did spend the remainder of his life in a wheelchair, The New York Times reported that Close “not only returned to painting with unimpaired ambition but also began producing what many would view as the best work of his career.”

Keep reading to find out how much Close was worth when he died and about the scandal that followed Close in his later years.

Chuck Close was worth millions 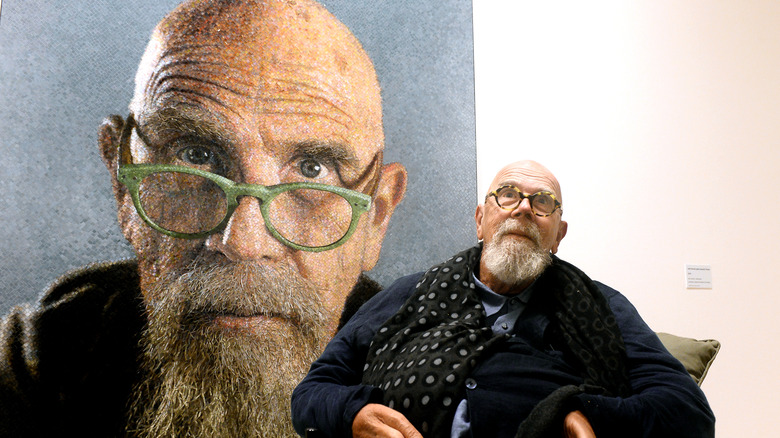 Artist Chuck Close was likely worth at least $25 million when he died. According to Observer in 2014, Close was one of New York City’s richest artists and continued to have demand for his “massive gridded mixed-media portraits” decades into his career. At that time, his prints regularly sold for as much as $100,000. He also snagged an impressive $4.8 million sale at Sotheby’s New York in 2005. His art was also featured in some of the most prestigious galleries in the world, including the Tate Modern in London and the Centre Georges Pompidou in Paris.

However, despite the continued success in his later years, Close faced allegations of sexual harassment. In 2017, The New York Times reported that multiple women alleged that Close sexually harassed them when they posed for him at his studio. The artist told the New York Times, “If I embarrassed anyone or made them feel uncomfortable, I am truly sorry, I didn’t mean to. I acknowledge having a dirty mouth, but we’re all adults.” NPR reported that Close was diagnosed with frontotemporal dementia in 2015 and noted that Close’s neurologist said the condition “could have accounted for some of his behavior.” No charges seem to have been filed, but the National Gallery of Art did cancel an exhibition of Close’s work because of the allegations.

If you or anyone you know has been a victim of sexual assault, help is available. Visit the Rape, Abuse & Incest National Network website or contact RAINN’s National Helpline at 1-800-656-HOPE (4673).