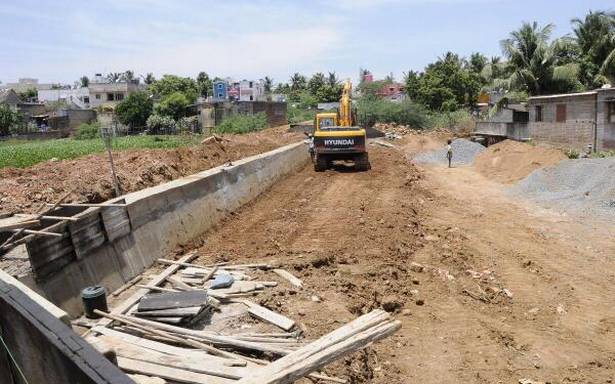 With the scheme back in force, will Centre heed MPs’ call to alter norms to buy smartphones, laptops for poor students?

The story so far: Under the Member of Parliament Local Area Development Scheme, every MP is entitled to ₹5 crore a year, adding up to ₹3,950 crore for the 790 members. The fund is to be utilised for “creation of durable community assets and for provision of basic facilities, including community infrastructure, based on locally felt needs”. This money does not directly go to the account of the MPs. They can only recommend works. Thereafter, it is the responsibility of the district authorities to sanction, execute and complete the works within the stipulated period. More money is released only on receipt of the completion certificate. The Ministry of Statistics and Programme Implementation monitors the scheme.

When was the scheme started?

It was launched during the Narasimha Rao Government in 1993 with the grant of ₹50 lakh a year to each MP. This sum was increased to ₹1 crore during 1994-95. The third revision to ₹2 crore happened in 1997-98. The United Progressive Alliance Government in 2011-12 raised the annual entitlement to ₹5 crore. There have been regular demands from MPs across party lines to increase the amount further.

How does it work?

In case of a natural calamity, the MPs from non-affected areas in both Houses of Parliament can recommend works estimated at a maximum of ₹25 lakh a year in disaster-hit places.

What are the controversies?

The scheme was first challenged in 1999 by Jammu and Kashmir National Panthers Party chief Bhim Singh and an NGO, Common Cause. They alleged that in the absence of any guidelines, the funds were misused by MPs. In 2005, a sting operation showed some MPs allegedly demanding money from contractors to award work for projects under the scheme. The exposé led to the expulsion of members from both Houses. In 2006, the scheme made the headlines because of the allegations that a Trust run by the family of the then Election Commissioner, Navin Chawla, got funds under the scheme. Finally, on May 6, 2010, the scheme’s constitutional validity was upheld. The Supreme Court said in its judgment that mere allegations that the funds were prone to misuse could not be the ground for scrapping the scheme. However, it suggested improvements to the scheme.

When was the scheme suspended?

On April 6, 2020, the scheme was suspended for two years. The Government argued that it needed every last penny to tackle the COVID-19 pandemic. The scheme’s budget of ₹7,900 crore for two years was to be subsumed under the Consolidated Fund of India. This move was severely criticised by the Opposition MPs, who said the State Governments had already been cash-strapped, and they were in a dire need of the funds under the scheme. Senior Congress leader Shashi Tharoor argued that the scheme was the only means for an MP to direct development resources to his constituency. “Now the money will be allocated by the Centre and will follow the priorities and preferences of New Delhi, rather than reflect 543 sets of local needs,” he wrote on Twitter.

When and why was it restored?

Last Wednesday, the Union Cabinet brought back the scheme, almost six months before its expected restoration. According to a statement from the Government, the country is on the road to economic recovery, and the scheme continues to be beneficial to the creation of durable community assets, the fulfilment of the aspirations of the locally felt needs of the community, the skill development and creation of jobs across the country, thus helping to achieve the objective of Atamnirbhar Bharat. For 2021-22, it is only a partial restoration, since instead of ₹5 crore for each MP, the sum will only be ₹2 crore.

What are the changes expected?

The COVID-19 pandemic has forced a significant change in the policy decisions. The Government may refine the scheme to suit the post-pandemic world. Currently, the funds are only to be spent on “durable assets”, but many MPs have demanded that the guidelines be altered for the funds to be spent on smartphones and laptops for poor students to ensure that they did not miss out on online education in future as they did during the pandemic. This issue was also raised at a meeting of the Rajya Sabha Standing Committee on MPLADS on Friday.