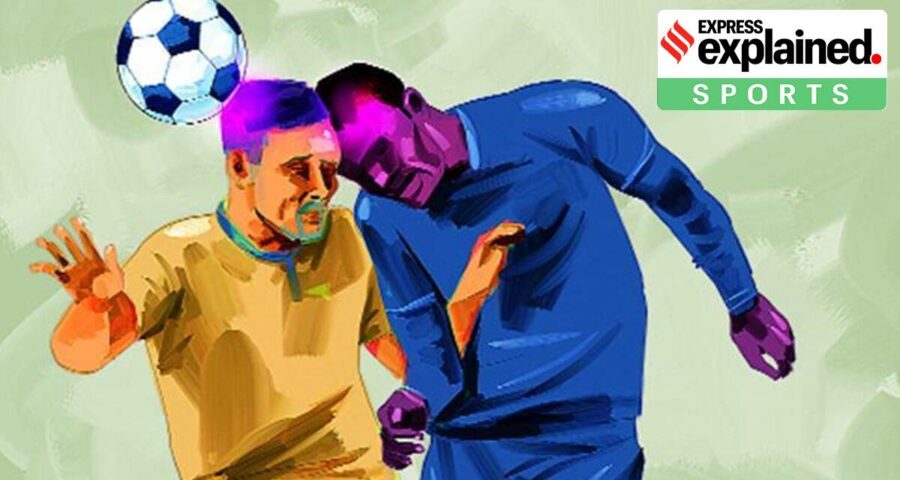 Moments after he suffered a blow to his head in the final of the 2014 World Cup, Germany midfielder Christoph Kramer, in a dazed condition, turned to the referee Nicola Rizzoli and asked: “Ref, is this the final?”

Rizzoli, recalling the incident to Gazzetta Dello Sport, felt Kramer was joking. “Then he said: ‘I need to know if this is really the final.’ When I said: ‘Yes’, he concluded: ‘Thanks, it was important to know that’,” Rizzoli said.

The incident spotlighted the issue of concussion in football. Now, after months of dialogue between team doctors, experts, players, coaches, and the International Football Association Board, the body that determines the laws of the game, FIFA, on Friday, said concussion substitutes will be tried at the Club World Cup in Qatar next month.

In March last year, FIFA had expressed interest in trying the concussion rule during the men and women’s football competition during the Tokyo Olympics. However, that could not be done as the Games got postponed to July-August 2021 due to the pandemic.

The Club World Cup, which will be held in Qatar next month, will be the first major FIFA competition since the Covid-19 outbreak. The teams will be allowed to make additional substitutions, even if they will have run out of their quota, in case a player is taken off the field with a suspected concussion.

The option of making an extra substitution, FIFA hopes, will give medical personnel more time to assess a player’s condition, while at the same time ensuring teams do not continue playing with one player less.

One option that was considered earlier was to allow a temporary substitute while the injured player was being examined. Instead, FIFA said the removal of the player from a game would be “permanent”.

Concussion protocol in other sports

Concussion has been a widely-debated subject across sports in recent years.

Most recently, the subject became part of the discussion in cricket when India substituted Ravindra Jadeja during a T20I match against Australia last month.

Although controversial, the International Cricket Council’s rule states that the “Match Referee should ordinarily approve a Concussion Replacement Request if the replacement is a like-for-like player whose inclusion will not excessively advantage his team for the remainder of the match.” The rule adds: “The decision of the ICC Match Referee in relation to any Concussion Replacement Request shall be final and neither team shall have any right of appeal.”

In boxing, a referee can stop the bout if the boxer is hit severely and becomes unresponsive. The rule also allows a ringside doctor to step in and tell the referee to stop the fight; a trainer, too, can throw in the towel if he feels his boxer is in danger.

Rugby has more defined protocols, which is called the Head Injury Assessment (HIA). As per the rule, if a player suspected of suffering a concussion, he or she is permanently substituted.

FIFA and domestic football bodies have come under scrutiny for lack of uniformity in the protocols. In 2014, a class-action suit was filed in the United States. In their petition, “the plaintiffs did not seek financial damages but ask for changes to the sport’s rules, such as limiting headers for children and altering FIFA’s substitution protocols”, according to a report in The New York Times.

Several former footballers have been diagnosed with dementia in recent years, which is linked to the head injuries they suffered during their playing days. As one of the precautions, there is an ongoing debate over whether headers should be banned at a youth level, a step many countries have taken.

But there is still ambiguity over concussion protocols for players who suffer injuries during a match.

The incident involving Kramer wasn’t a one-off. In the same edition, Argentina’s Javier Mascherano and Uruguay’s Alvaro Pereira had suffered blows to their heads in the semifinal and a first-round game respectively.

During the 2018 World Cup, Morocco’s Nordin Amrabat spent a night in hospital after clashing with an Iranian player. Amrabat said he did not remember even a minute of his World Cup debut, and based on the advice of the team’s medical officer, he was ruled out of Morocco’s second game against Portugal.

But when the starting line-ups were announced for that match, Amrabat was named. He played the match with protective head-gear, which put FIFA’s protocols under severe scrutiny. Morocco’s coach Herve Renard justified the decision to play Amrabat by saying: “He’s a warrior and wanted to play.”

UK-based brain injury charity Headway said last month they were “disappointed” with the decision not to trial temporary substitutes. “The key questions are how will players be assessed for suspected concussion, and how will decisions be made about whether they should be permanently removed?” Headway chief executive Peter McCabe was quoted as saying by Sky Sports.

Instead, McCabe advocated a “temporary concussion substitution”, which would allow the player “to be assessed off the pitch, in a quiet, appropriate treatment room away from the heat of battle and the glare of players, officials, coaches and fans”.