Punjab elections: Arvind Kejriwal has said that if AAP is voted to power in the state, it will transfer Rs 1,000 per month to the account of every woman aged 18 or above. What will this cost? 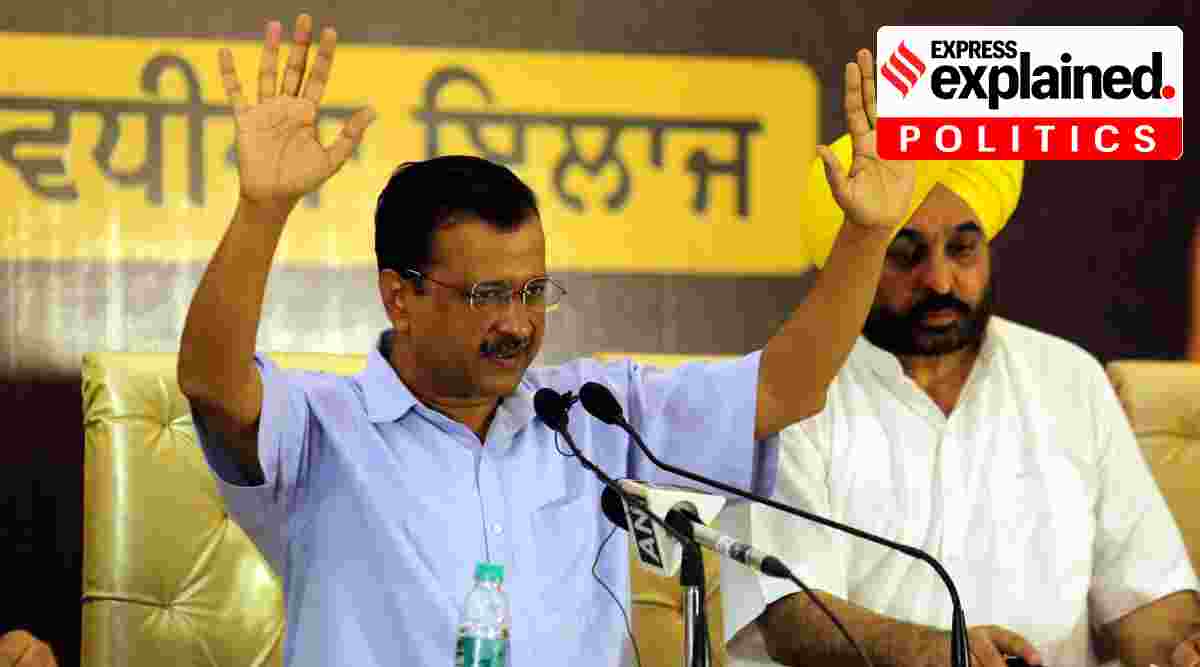 On Monday, launching the Aam Aadmi Party’s ‘Mission Punjab’ for the 2022 Assembly polls, national convener Arvind Kejriwal announced that if voted to power, AAP will transfer Rs 1,000 per month to the account of every woman in Punjab aged 18 or above. Kejriwal’s announcement in Moga, freebies promised by other parties, and subsidies and populist schemes from successive governments come in a state that is reeling under debt.

What it will cost

As per the Election Commission of India, there were 96.19 lakh women voters in Punjab during the 2019 Lok Sabha polls. The voters list for 2022 is not yet out; AAP has estimated that the scheme could benefit 1 crore women. If AAP does form the government and implements the promise, then paying Rs 1,000 crore per month to an estimated 1 crore women would translate into Rs 12,000 crore per year.

Kejriwal noted that his opponents would ask where the money to fund the programme would come from. He said “there is no dearth of money with any government, all that’s required is intention to work for people”. When the Congress government took over in March 2017, it inherited a debt of Rs 1.82 lakh crore from the SAD-BJP government that had ruled for 10 years. The budget estimates for 2021-22 project the outstanding debt to rise to nearly Rs 2.82 lakh crore. This effectively becomes Rs 2.73 lakh crore after accounting for Rs 8,359 crore received as back-to-back loans in lieu of GST compensation during 2020-21.

In the budget estimates for 2021-22, owing to power subsidy given to the farmers, various categories of industries and members of the Dalit community, the government’s dues to the Punjab State Power Corporation Limited (PSPCL) was projected to reach Rs 10,621 crore, up from Rs 9,394 crore in 2019-20.

With Chief Minister Charanjit Singh Channi having announced a slash in power rates for domestic consumers earlier this month by Rs 3 across three slabs with loads up to 7 KW, there is going to be an additional burden of more than Rs 3,300 crore on the exchequer.

Earlier this month, Channi also announced VAT reduction of Rs 10 on petrol and Rs 5 on diesel, which is likely to cost the exchequer nearly Rs 3,300 crore per year, in addition to the annual cost of Rs 850 crore due to reduction of excise duty by the Centre.