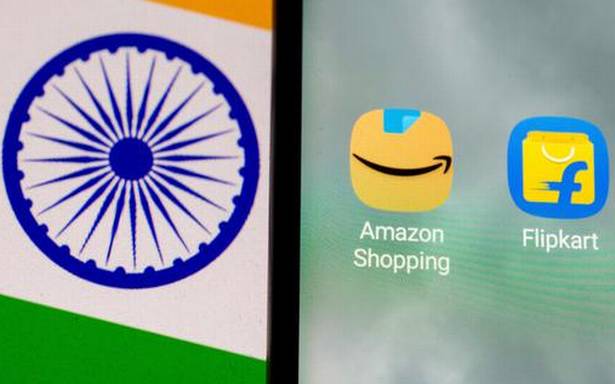 The Centre’s initiative is seen as a step towards ending the dominance of platforms such as Amazon and Flipkart, which have been accused by the minister of wielding monopoly power and breaking the law.

Why has the government proposed open sourcing for e-commerce players and how will it impact MNCs like Amazon?

The story so far: The Union government is working on setting up an Open Network for Digital Commerce (ONDC) to “democratise e-commerce” and “to provide alternatives to proprietary e-commerce sites”. Earlier this month, commerce minister Piyush Goyal held a meeting with an expert panel to discuss the matter. The initiative is seen as a step towards ending the dominance of platforms such as Amazon and Flipkart, which have been accused by the minister of wielding monopoly power and breaking the law.

What is the Open Network for Digital Commerce?

The government wants to change the fundamental structure of the e-commerce market from the current “platform-centric model to an open-network model”. The ONDC project is modelled around the Unified Payments Interface (UPI) project that is seen as a success by many. The UPI project allows people to send or receive money irrespective of the payments platforms on which they are registered. Similarly, the government wants to ensure that buyers and sellers of goods in the e-commerce market can transact regardless of the platforms on which they are registered. So under ONDC, a buyer registered on Amazon, for example, may directly purchase goods from a seller who sells on Flipkart.

Why is the government pushing for it?

The government believes that ONDC will put an end to the domination of the e-commerce market by a few large platforms. It says that the e-commerce market is currently broken into “silos” operated and dominated by these platforms. Amazon and Flipkart, for instance, have been accused of discriminating among sellers on their platforms and promoting certain seller entities in which they hold indirect stakes. With an open network like ONDC that connects buyers and sellers across platforms, the government hopes to level the playing field and make platforms redundant. It is said that buyers will also be able to access sellers across platforms without having to switch between multiple platforms.

What do the critics say?

The purported benefits of an open network for digital commerce are far from certain at the moment. For one, sellers are already free to list their products across various e-commerce platforms even in today’s platform-centric e-commerce model. Buyers also routinely shop across platforms. Then there are services such as price-comparison offered by various private websites that bridge the information gap and help buyers make better decisions. So the domination of the e-commerce market by platforms such as Amazon and Flipkart may not be due to any captive hold that these platforms have over buyers and sellers. Further, the supposed “monopoly” that platforms are said to enjoy may be no different from the limited monopoly that any business has over its property. So critics such as columnist Andy Mukherjee have actually characterised the ONDC as a “solution searching for a problem”.

The capacity of the government’s technocrats to come up with an alternative to e-commerce platforms that can work seamlessly will be tested in the coming months. It also remains to be seen if and how the government’s open network will list products offered by various sellers. Competition generally pushes e-commerce platforms to prominently list products that are most likely to catch the fancy of buyers. Their on-boarding and listing of sellers is also heavily influenced by the ability of sellers to fulfil customer orders. In fact, platforms may invest money to build exclusive on-boarding and listing processes. If the government’s open network rules prevent platforms from benefitting from such investments, they may cease to make them anymore. This will eventually affect the quality of services available to consumers.