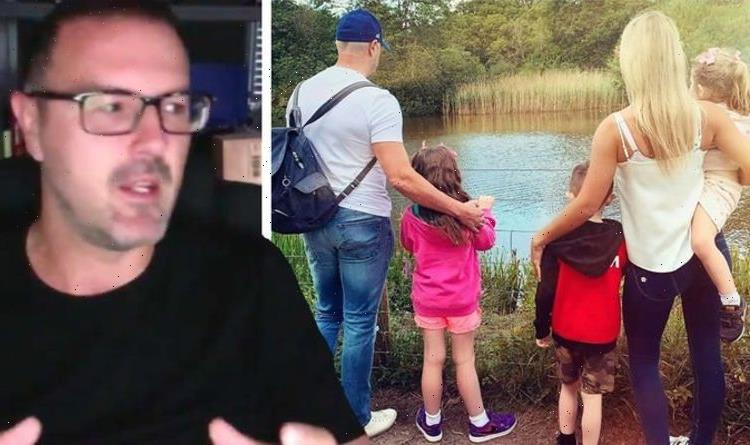 Paddy McGuinness, 48, has hit out at strangers who behave ignorantly when it comes to hidden disabilities. It comes after the new Question of Sport host had a run-in with a man in a car park who questioned his children’s autism.

Normally I’d let it go, but I thought, ‘I’m going to have to speak to this bloke’

Paddy and wife Christine share three children together – seven-year-old twins Penelope and Leo, and daughter Felicity, four, who have all been diagnosed with the condition.

Speaking about the incident, he revealed he was taking the kids to a club they attend and had parked in the disabled parking bay, displaying their blue badge.

During an appearance on BBC Breakfast, he said: “I could see this bloke was looking at me judgmental, because we were in a disabled parking bay even though we had a blue badge.

“Normally I’d let it go, but I thought, ‘I’m going to have to speak to this bloke.'”

Paddy went on: “He said, ‘They don’t look disabled’, and I just thought, ‘The level of ignorance!’

“But he’s probably unaware of autism and disabilities or anything like that, so I took a deep breath and explained it to him.

Paddy also addressed the issue of awareness for autism, adding: “I think things like that are important to sort of educate people and let them know exactly why you’re in that disabled spot, but that’s only a little tiny thing.”

He also called out the “postcode lottery” of support for parents.

The Top Gear host stated things need to change surrounding the importance of educating people on the condition.

Speaking of his own experience as a parent, he explained that he and his wife were fortunate enough to live in a part of the UK where the support is better.

He added: “It is a postcode lottery and that needs to change.

“One of the biggest things for any parent who’s struggling as well, who does eventually get the diagnosis, it’s kind of a little bit like ‘Right, you’ve got your diagnosis, now what?’

“There’s not things in place quickly for parents I feel to support them.

“But again, like I say, it just depends on where you live in the country and that definitely needs to change.”

Paddy and Christine are patrons for the National Autistic Society and have helped raise hundreds of thousands for the charity over the years.

It comes after the motoring expert recently backed the launch of the UK’s largest study into autism, where Cambridge researchers aim to achieve better levels of support and understanding for autistic people.

Organisers of the Spectrum 10K project, are set to recruit 10,000 autistic people from across the UK in order to boost understanding of how biological and environmental factors impact on them.

It will be carried out by Cambridge’s world-leading Autism Research Centre (ARC) in conjunction with the nearby genetics research body the Wellcome Sanger Institute and the University of California Los Angeles (UCLA).

It has been reported that 27 specialist NHS sites across Great Britain are helping with recruitment for the Spectrum 10K study.