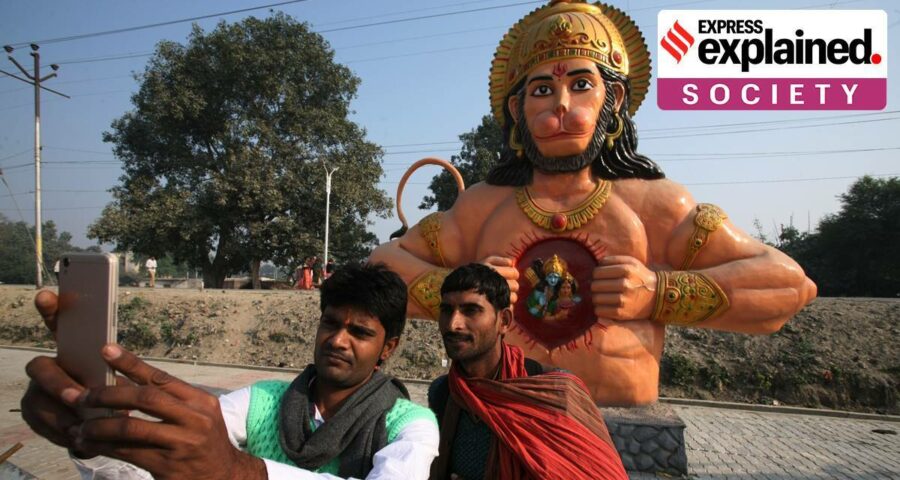 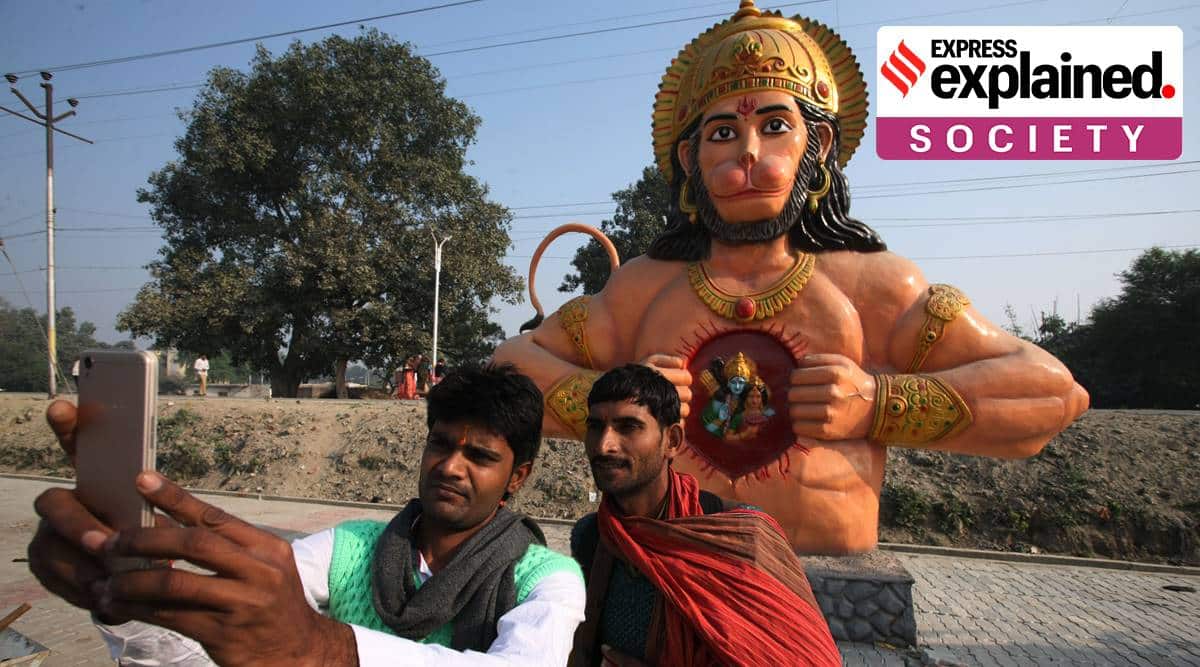 Who was the first to claim Hanuman’s birth place?

In December, the Tirumala Tirupati Devasthanams (TTD), which manages the temples including the Tirumala Venkateswara Temple in Andhra Pradesh, formed an expert panel comprising Vedic scholars, archaeologists, and an ISRO scientist to study and submit a report by April 21 pinpointing the actual birthplace of Hanuman.

Reddy says the panel will “bring out all the evidence and related information” on Hanuman’s birthplace in the form of a book and submit it to TTD. The panel, he says, has gone through the scriptural evidence found in Siva, Brahma, Brahmanda, Varaha and Matsya Puranas besides Venkatachala Mahatyam and Brihatsamhita of Varahamihira.

What is Karnataka’s counter?

Unhappy with the TTD claims, Karnataka ministers have countered that the Anjeyanadri Hill near Hampi has a reference in Ramayana where it is described as the place where Lord Rama and Laxmana met Lord Hanuman. The hill has a Hanuman temple on the top with a rock carved idol and Rama, Sita and Anjana Devi temples in the vicinity.

Karnataka Agriculture Minister and Koppal district minister B C Patil says the birthplace of Lord Hanuman is in Karnataka and now we will develop the place as a pilgrimage centre with the tag of Hanuman Janmasthala (birthplace in Kannada)”.

In fact, soon after the TTD panel was formed, the Karnataka Tourism Department started a project to make the Anjeyanadri hill a religious tourism hub. Last month, Tourism Minister C P Yogeshwar met ministers K S Eshwarappa, B C Patil, Kota Srinivas Poojary and Arvind Limbavalli to discuss the Rs 50.18-crore development project. Yogeshwar said the department was awaiting a cabinet nod for the detailed project report (DPR) before laying the foundation stone. He and other ministers are expected to visit the site on April 16.

Which place is the third contender?

There is another contestant for the tag of Hanuman’s birth place. Raghaveshwara Bharathi, head of Ramachandrapura Mutt in Shivamogaa district in Karnataka, claims the actual spot is at Kudle Beach in coastal Karnataka’s Gokarna. Bharathi says in the Valmiki Ramayana Hanuman himself tells Sita he was born in Gokarna. “Based on Ramayana, we can say that Gokarna is Lord Hanuman’s janmabhoomi and Anjeyanadri in Kishkinda was his karmabhoomi. In Valmiki Ramayana, it is mentioned clearly that Lord Hanuman’s birthplace is in Gokarna.” Bharathi says he has plans to develop the temple in Gokarna by next year’s Ram Navami with a huge statue of Hanuman at the spot.