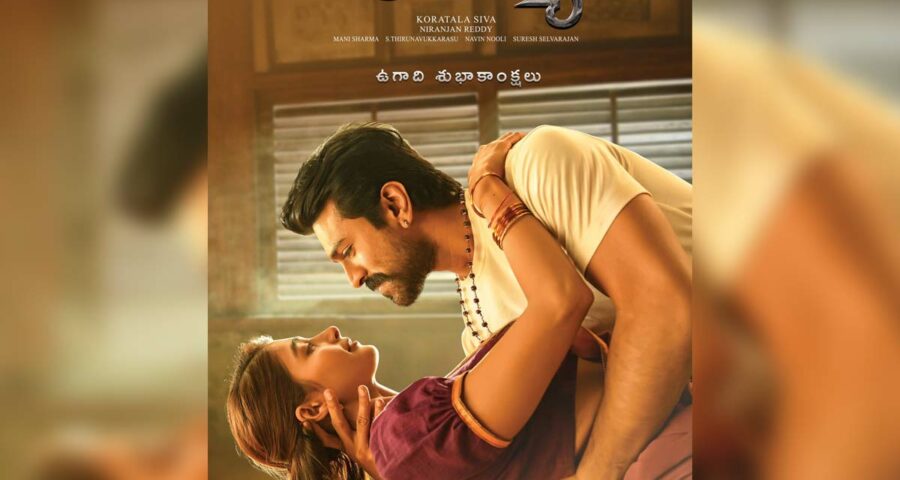 Yesterday on the occasion of Ugadi, the makers of Chiranjeevi starrer  social message oriented movie Acharya revealed the character name of Ram Charan’  love interest Pooja Hegde in a new poster as she is playing the role of Neelambari. Helmed by Koratala Siva of Janatha  Garage fame, the film has Kajal Aggarwal as the leading lady.

We have already reported that  Koratala Siva is filming a high voltage fight sequence on Mega Power Star Ram Charan in the specially erected Dharmasthali village set. The sources close to the makers revealed that it’s going to be a  Ram Charan’ powerful rain fight  that comes at a crucial phase in  Acharya.  This fight will also drive the narration and make things interesting in the second half.

Sonu Sood is playing the antagonist and Acharya also has Jisshu Sen Gupta, Tanikella Bharani and Ajay in  the supporting roles.  The sources revealed that B town actor Sonu Sood will join the sets today and he will wrap up his portions by 17th April.

Touted to be an action packed entertainer, the film Acharya  revolves around the misuse  Chiranjeevi is playing the role of Naxalite-turned-social activist and  this is the first time that the father-son duo are collaborating on a full fledged film together.