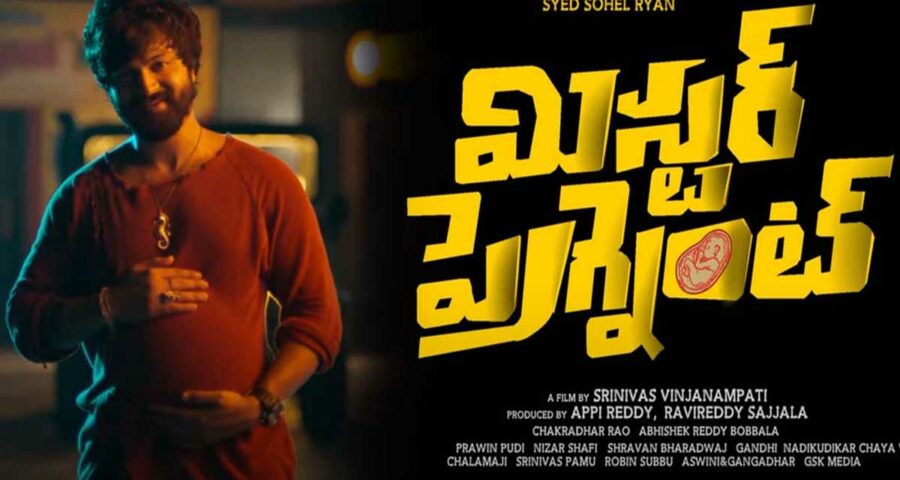 Syed Sohel Ryan is a popular actor who has worked predominantly in Telugu movie industry. He  made his debut to industry through small role in Kotha Bangaru Lokam and did main lead role in Eureka in the year 2020. He was one of the contestant of the controversial reality  show Bigg Boss 4 Telugu, which was hosted by King Nagarjuna. Yesterday Syed Sohel Rayan took to his Twitter to make the official announcement regarding his  debut film as lead actor. The upcoming film of Syed Sohel Ryan is titled Mister Pregnant and the makers also released the first glimpse. In this film Sohel is playing the titular role. At the end of the glimpse,  it is show that Syed Sohel is pregnant. He says, “Yes,  I am Mr Pregnant. Welcome to the new world, My Baby!

The upcoming film Mister Pregnant is being helmed by Srinivas Vinjanampati  and it has Uma Maheswara Ugraroopasya fame Rupa Koduvayur as the leading lady.

Syed Sohel Ryan and Rupa Koduvayur starrer Mister Pregnant is bankrolled by  A Appireddy and Ravireddy Sajja under the banner of Mic movies. Shravan Bharadwaj is on the board to render the tune whereas Nizar Shafi is handling the cinematography department.