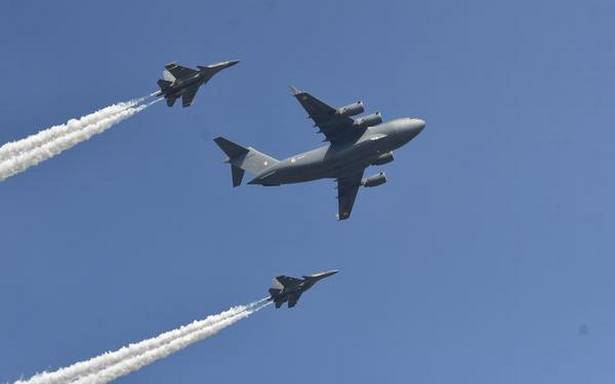 According to sources, the two Ministers will be inaugurating the 3.5 km-long strip on the NH in Barmer this week as it is ready to handle emergency landings.

A plane of the Indian Air Force (IAF), carrying Defence Minister Rajnath Singh and Road Transport and Highways Minister Nitin Gadkari, will conduct a mock emergency landing on a national highway in Rajasthan’s Barmer this week, sources said on Monday.

The two Ministers will be inaugurating the 3.5 km-long strip on the national highway in Barmer this week as it is ready to handle emergency landings of the IAF’s fighter jets and other aircraft, sources mentioned.

It is India’s first national highway to be used for emergency landing of IAF aircraft, they added.

In October 2017, fighter jets and transport planes of the IAF had conducted mock landings on the Lucknow-Agra Expressway to show that such highways can be used by the IAF planes for landing in case of an emergency.

The Lucknow-Agra Expressway comes under the Uttar Pradesh government.

According to the sources, officials of the National Highways Authority of India (NHAI) worked in coordination with IAF officials to develop the airstrip on the national highway in Barmer.

They said at least 12 national highways across the country — apart from the aforementioned one in Barmer — are being readied so that they can be used as airstrips by the IAF planes in an emergency situation.

The parts of the 12 national highways that will be used as airstrips are being identified and prepared, sources added.