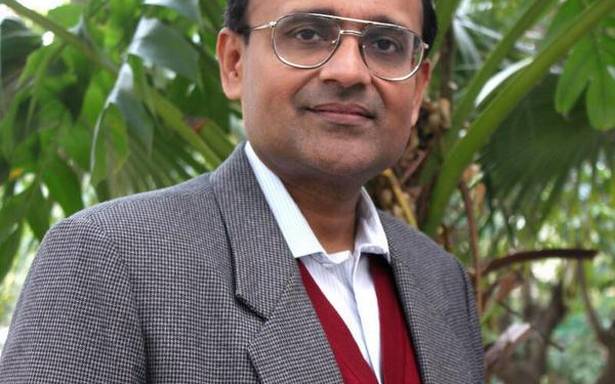 Permanent Representative to the UN Ambassador T S Tirumurti comments came as Israel and Hamas agreed to a ceasefire on Thursday.

India has underlined that every effort should be made to create conducive conditions for the resumption of direct talks between Israel and Palestine, emphasising that meaningful negotiations will go a long way in establishing lasting peace and stability in the region.

“As we have continuously emphasised, immediate de-escalation is the need of the hour, so as to arrest this spiral of violence. We urge that any action that exacerbates tensions should be avoided, as also any attempt to unilaterally change the status quo,” India’s Permanent Representative to the UN Ambassador T S Tirumurti said at the UN General Assembly meeting on the situation in the Middle East and Palestine.

His comments came as Israel and Hamas agreed to a ceasefire on Thursday to the 11-day war that caused widespread destruction in the Gaza Strip.

President of the UN General Assembly Volkan Bozkir convened the UNGA debate on the situation in the Middle East on Thursday.

On the edge: On international pressure on Israel

The plenary meeting saw participation by nearly a dozen Foreign Ministers of UN member states, the first time in over a year since the pandemic began that ministers participated in-person at a General Assembly debate at the UN Headquarters.

Mr. Tirumurti, addressing the debate, noted with concern that the ongoing violence in the region has not yet abated despite hectic diplomatic parleys and efforts by the international community.

“We condemn the indiscriminate rocket firings from Gaza into Israel, which have caused deaths of a number of civilians. India has also tragically lost one of its nationals during this rocket fire – a caregiver living in Ashkelon in Israel,” Mr. Tirumurti said.

Soumya Santosh, 30, was killed in a rocket attack by Palestinian militants from Gaza. Santosh, who hailed from Kerala’s Idukki district, worked as a caregiver attending to an old woman at a house in the southern Israeli coastal city of Ashkelon.

Mr. Tirumurti said the retaliatory strikes into Gaza have also resulted in deaths and destruction.

“We deeply mourn the loss of the lives of innocent civilians, including the Indian national, in the current cycle of violence. We reiterate our strong condemnation of all acts of provocation, violence and destruction.” India stressed that recent incidents have once again underscored the need for immediate resumption of dialogue between Israel and the Palestinian authorities.

“Direct and meaningful negotiations will go a long way in building mutual trust and establishing lasting peace and stability. We believe that every effort should be made to create conducive conditions for the resumption of direct talks between Israel and Palestine,” Mr. Tirumurti said.

He said that India supports all ongoing diplomatic efforts, including of the Quartet, to bring the ongoing violence to an end and to seek durable peace, in line with the vision of the two states living side by side within secure and recognised borders.

Sounding a sombre note, UN Secretary-General Antonio Guterres told the General Assembly that “if there is a hell on earth, it is the lives of children in Gaza today.” He called on all members of the international community to do everything in their power to enable the parties to conflict to step back from the brink.

“And I call on the parties themselves to allow for mediation efforts to intensify in order to bring the fighting to an end. These horrific events did not arise in isolation. They must be viewed in the context of decades of military occupation, political deadlock, grievances and hopelessness, and a failure to address the core issues at the heart of the conflict.” Mr. Guterres said “we must work towards a resumption of negotiations” that will address the status of Jerusalem and other final status issues; end the occupation; and allow for the realisation of a two-State solution on the basis of the 1967 lines, UN resolutions, international law and mutual agreements, with Jerusalem as the capital of both Israel and Palestine.