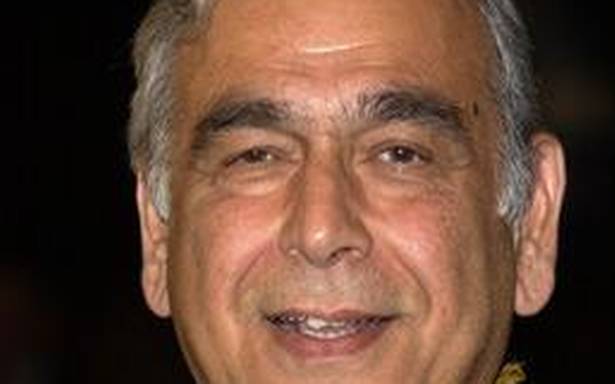 Come May 25, it will be 16 long years since producer extraordinaire Ismail Merchant left us. The Indian-born producer was responsible for 44 films including Shakespeare-Wallah (1965), Heat and Dust (1983), A Room With a View (1985), Howards End (1992), and Remains of the Day (1993), along with his longtime collaborators, director James Ivory and screenwriter Ruth Prawer Jhabvala.

I met Merchant only once, at the lobby of the Taj Mahal Palace Hotel, Mumbai, shortly before his death. A dear friend of mine had made his début feature and Merchant was one of the executive producers of the film. I was introduced to the great man, but was dismissed with a polite nod. His focus was on getting my friend to change the minimalist score of his film by firing his composer and hiring Zakir Hussain instead. If Merchant was an irresistible force, my friend was an immovable object and the meeting ended in a stalemate. Merchant flounced off, and lo and behold, there was a $20 note on the chair where he was sitting.

Now, Merchant was famous for his thrifty ways, the main reason he could gather resources for impressively mounted films, so him leaving behind $20 was very unusual. Or, was it pocket change forgotten by an oil oligarch who’d occupied the chair earlier? The hotel lobby was bursting with them. We decided that the right thing to do would be to return the money to Merchant, if it was indeed his. But the producer had disappeared and we had no way of getting in touch with him. So we did the decent thing. We changed the $20 into rupees, got haircuts, shaves and head massages, and spent the rest on a slap-up Italian lunch. Yes, $20 could buy you all of that in the early 2000s.

Cut to London, post Merchant’s passing. I had the great honour of attending his wake at the Curzon Mayfair cinema. Encomiums poured in from a virtual who’s who of the film industry. Helena Bonham Carter and Emma Thompson spoke affectionately of Merchant’s propensity to cut costs wherever possible and assuaging bruised egos by cooking a sumptuous feast. Following up on this actor and author Simon Callow said that Merchant epitomised the phrase ‘currying favour’. Felicity Kendal looked fondly back on her début as a young, impressionable girl swept off her feet by a dashing Shashi Kapoor in Shakespeare-Wallah. Merchant’s closest friend, James Ivory, chose to reflect on his burgeoning career as a director, which was cut short by his untimely death. Merchant directed seven films including In Custody (1993), Cotton Mary (1999), and The Mystic Masseur (2001). Actor Saeed Jaffrey recited some of Merchant’s favourite Urdu poems. The highlight of the day was Ustad Zakir Hussain and Ustad Sultan Khan performing themes from Merchant-Ivory films along with a chamber orchestra. And when the first half of the day ended with a fond tribute film featuring Merchant’s lovable quirks, there wasn’t a dry eye in the house.

A still from ‘The White Countess’ | Photo Credit: Special Arrangement

The drinks reception that followed at the Washington Hotel was truly Merchant-ian in that it was a cash bar. Here, Salman Rushdie and Kazuo Ishiguro mingled with Tim Burton, Tina Turner, Shashi Kapoor, and renowned cinematographer Christopher Doyle who shot The White Countess, the last film Merchant produced. Ismail Merchant was the glue that held together diverse talents with a mixture of laughter, bonhomie, culinary skills and business acumen. Truly, one of a kind.