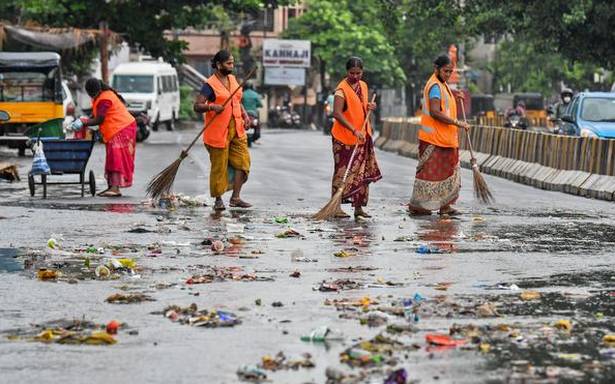 Remediation of legacy landfills, 100% solid waste management on the cards

The revamped versions of the Swachh Bharat Mission-Urban (SBM-U) and the Atal Mission for Rejuvenation and Urban Transformation (AMRUT) that Prime Minister Narendra Modi will launch on Friday would include convergence with the corresponding missions for rural areas and outcome-based funding for cities, top Ministry of Housing and Urban Affairs (MHUA) officials said on Thursday.

The SBM-U 2.0 and AMRUT 2.0 aim at “saturation”, while the first five-year iterations of the schemes launched in 2014 and 2015 respectively focused on “transformation”, a senior MHUA official said. While SBM-U focused on construction of toilets and making cities open defecation-free (ODF), SBM-U 2.0 would aim to make the facilities better, reclaim all landfills and take processing of municipal solid waste to 100% from the present 70%, the official said. Similarly, AMRUT 2.0 would aim to provide universal coverage of water supply to all 4,378 statutory towns, an increase from the goal of covering 500 cities in AMRUT.

The official said the Ministry would collaborate with the Jal Shakti Ministry to ensure convergence with phase-II of SBM-Rural and Jal Jeevan Mission for areas such as villages on the outskirts of cities that have both urban and rural features. The Ministry had also been in talks with international agencies regarding cooperation and funding, which would depend on outcomes instead of outputs, the official said.

In a statement, the Prime Minister’s Office said on Thursday that the two missions had been designed to make cities “garbage free” and “water secure”, for which outlays of ₹1.41 lakh crore for SBM-U 2.0 and ₹2.87 lakh crore for AMRUT 2.0 had been proposed.

According to the Ministry’s data, 66.86 lakh individual household toilets and 6.40 lakh seats in community toilets had been constructed under SBM-U. While 4,371 cities had been declared open defecation-free, 4,316 of them had been certified so far. Complete segregation of municipal solid waste was being carried out in 85% of the municipal wards, while processing of waste was at 70%, the data showed.