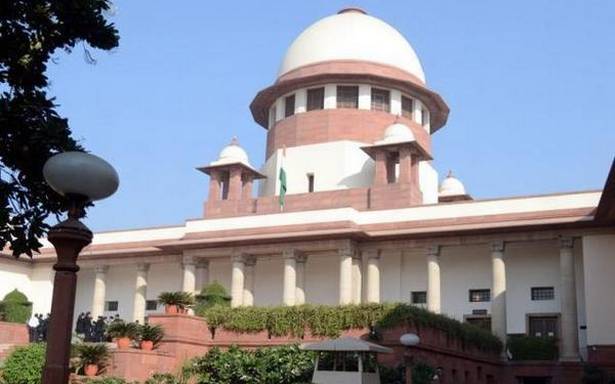 “Continuance of courts virtually would be a problem. We were doing 60-65 cases on a miscellaneous day earlier compared to 30-35 cases now despite the experience of over one year,” the Bench said

Continuance of courts virtually will be a problem, the Supreme Court said on November 8 while refusing to grant urgent hearing on a plea seeking that virtual court hearings be declared a fundamental right for litigants.

A Bench comprising Justices L. Nageswara Rao and B.R. Gavai said there are many problems in virtual hearings. It will hear the matter in December.

“Continuance of courts virtually would be a problem. We were doing 60-65 cases on a miscellaneous day earlier compared to 30-35 cases now despite the experience of over one year. There are many problems with virtual hearing.

“We had senior advocates appearing in person in the Jarnail Singh [reservation in promotion] case where the lawyers said it feels so good to come here and argue physically. We are also opening up now. Let us open fully and then we will hear,” the Bench said.

Senior advocate Sidharth Luthra mentioned the matter and sought urgent hearing of the matter saying access to justice was being hampered.

“Today the litigant sitting anywhere can see what is going on in the matter and how we are performing,” he said.

The apex court said for 70 years there was access to justice without any complaint and now there is a problem with physical hearing.

It had earlier said that hybrid mode of hearing cases is not working and normalcy has to return and courts have to function physically as virtual hearing of cases can’t become a norm.

The top court had said it wants the courts to open for the public and justice accessible for all the citizens.

“We have tried hybrid mode, but it’s not working. People are not coming to the courts. Normalcy has to return and the courts have to function physically,” it had said.

The top court, which had issued notice in the matter, was hearing a plea filed by NGO National Federation of Societies for Fast Justice and eminent citizens like Julio Ribeiro, Shailesh R. Gandhi, seeking to declare virtual court hearing as a fundamental right for the litigants.