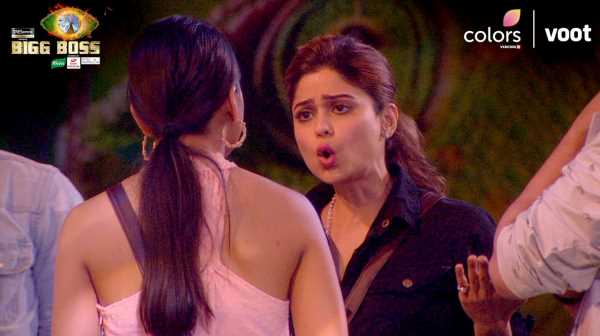 Shamita tells Karan not to play mind games with her.

Day 30 in the Bigg Boss house begins with Tejasswi Prakash telling Ieshaan Sehgaal and Miesha Iyer that she was hurt when they chose Shamita Shetty over her during the Weekend Ka Vaar task.

Ieshaan and Miesha explain their reasons and the trio sort things out.

In the kitchen area, housemates have fun teasing Karan Kundrra and Tejasswi.

Later, Karan chats with Vishal Kotian about his way of playing game and tells him that he needs to be clear in his thoughts and not bitch about people he likes behind their backs.

Vishal defends himself and says he doesn’t know what he said about Jay Bhanushali that he is so upset with him. Vishal asks Jay why he is angry with him and the latter expresses his opinion without any hesitation.

On the other hand, Nishant Bhat and Karan also try to sort things out with each other. Kundrra tells Nishant that he is hurt as he didn’t vote for him during the captaincy task.

The next morning, Pratik Sehajpal gets into a spat with Miesha in the kitchen area over a petty issue regarding food. Jay, Karan and Tejasswi chill in the bedroom area and talk about what kind of guy Tejasswi wants to date. Their friendly banter goes on for a while before Bigg Boss asks everyone to gather in the garden area.

Rashami Desai enters the house and interacts with the contestants. She calls Karan, Tejasswi, Vishal and Jay one-by-one and tells them what is lacking in their game.

She advises Tejasswi to buck up as she wants to see her win the show and reveals that currently her most favourite contestant is Karan, but he has lost in the game and needs to refocus.

Before leaving, Rashmi has to save one contestant from the elimination zone and she chooses Vishal Kotian. Shamita confronts Karan about making fun of Vishal. She says both Karan and Tejasswi were giving bitchy expressions while Vishal was talking to Rashmi.

Shamita states she didn’t like it and they should have the guts to say what they want in front of Vishal. Tejasswi steps in and both the ladies end up having an heated argument.

Shamita says she will stand up for people she cares about and Tejasswi isn’t one of them.

Later, when Karan approaches Shamita, she blasts him for calling her too emotional during the Weekend Ka Vaar task.

Shamita tells Karan not to play mind games with her. Gautam Gulati arrives next and says Pratik is doing really well in the game.

But he advises him to stop showing himself as a victim when he’s not.

Gautam asks Jay to stop being so tough and rude when he’s actually not in real life.

Next, he calls Simba Nagpal and says he’s the sweetest in the house. But he asks him to face his fears and confront people without hesitating.

Gautam saves Tejasswi from the nominations and leaves the house.

Devoleena Bhattacharjee comes in next. She gets into an argument with Vishal and Shamita, and saves Jay from nominations. 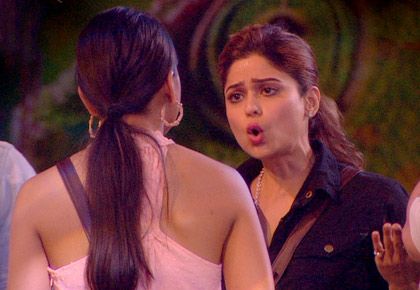