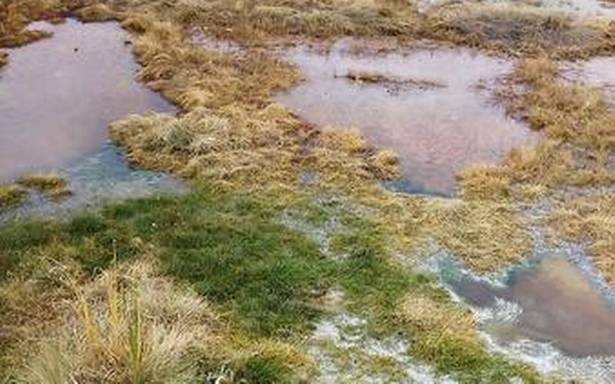 Inspection by officials found the CETP discharging effluents from its tank into a defunct oxidation pond.

The chairman of the Tamil Nadu Pollution Control Board (TNPCB) has directed officials here to close down the Common Effluent Treatment Plant (CETP), run by tannery units, at the SIPCOT Industrial Growth Centre, Perundurai.

Following the directive, power supply will be disconnected to the plant.

The Perundurai District Environmental Engineer inspected the CETP on April 18 following complaints, and found the CETP discharging effluents from its tank into a defunct oxidation pond.

The CETP for tanners, run by the Perundurai Leather Industries Eco-Security Private Limited, has not been functioning since March 2020, as officials had asked the company to carry out maintenance and upgradation works.

During inspection, it was found that the tannery CETP was discharging effluents from its tank into the adjacent defunct oxidation pond meant for the disposal of sewage generated from SIPCOT industries.

A show-cause notice was issued to the tannery CETP and a report was submitted to the chairman, TNPCB, Chennai, recommending further action.

Officials said Superintending Engineer, TANGEDCO, Erode Electricity Distribution Circle, was asked to disconnect power supply to the tannery CETP and TNPCB officials were asked to close down the plant.

Welcoming the decision, S. Chinnasamy, coordinator, SIPCOT Affected People Welfare Association, said he wanted all 14 tannery units and the CETPs to be closed down permanently as they had caused extensive damage to the environment. “The units failed to ensure a zero-liquid discharge system and polluted the groundwater which cannot be used now,” he said, and adding that the effluents stored in tanks need to be disposed safely.