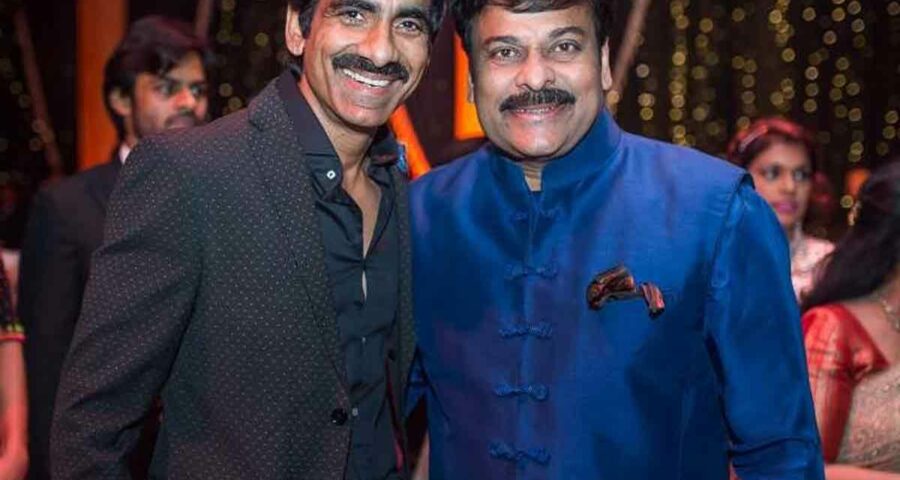 If ongoing buzz in the media and the film industry are to be believed, megastar Chiranjeevi has shown the door to Mass Maharaja Ravi Teja from his upcoming film #Mega 154 – Waltair Veerayya  and the reason behind it is remuneration issue.

Chiranjeevi, who is currently busy with a handful of offers, will be seen in his untitled, upcoming  film Chiru154′. Bobby is on the board to helm this action drama. There was a strong buzz in the film industry that  Ravi Teja would  appear as Chiranjeevi’s brother in the movie. Now it is being heard that Ravi Teja quoted Rs 16 Cr remuneration to work with Chiranjeevi and the makers were ready to pay him  the said amount. But now the makers have changed the plan. Instead of paying Rs 16 Cr to Ravi Teja, the makers have now decided to  replace Mass Maharaja with another actor. Now we have to wait and see who will replace Disco Raja fame actor.

Krack Lady Shruti Haasan is playing the female lead and the love interest of Chiranjeevi in Bobby film. Billed to be an action entertainer, Waltair Veerayya  is bankrolled by Mythri Movie Makers on a grand scale. Devi Sri Prasad, who currently got much hype for his ‘Pushpa’ album, is rendering the tune.